注册账号 登录 Back To Forums Hey all, some of you may remember a while ago I was working on a Pop'n Music style theme for Stepmania 5. Well I've had to put that project on halt as I am in my final year of high school and my practical subjects require "major works" (I'm not sure if this applies in countries other than Australia). Nevertheless, for Design & Technology I have managed to justify a new DDR mix as my major design project. The following is an updated WIP song list and preview of the theme:


Please keep in mind this is the song list so far and I would like to make it more extensive with suggestions and help from people in the rhythm gaming community. So feel free to post opinions and advice!

The following is the standard use of the theme in home mode:
Attract Loop: (Warning, screens for Konami and Bemani, e-Amusement, RSA, staff roll) 2. Built in random movies: Like DDR X2 onwards random movies are
built into ScreenGameplay underlay but song videos and BGA's
will play if they exist.

5. Access to ScreenPlayerOptions: Similar to console versions,
the Player Options menu is accessible via
ScreenSelectMusic but still available the normal way.

6. Starter Mode: Features a video tutorial similar to that of
DancingStage SuperNOVA (AC) and instructions for beginner
players.

8. Calorie display: Calories burned per step are shown next to
the difficulty display in ScreenGameplay.

10. Group Colours: Group colours (those used in DDR 2014) are
featured in the frame of each music wheel item.

11. Service Options/Home Options: Service options have been
changed into two new screens. If the operator button is
pressed (for arcade use), the operator menu will be displayed
with arcade specific options similar to DDR AC service options.
If you are using home mode, you can access the home options
screen from ScreenTitleMenu which features Stepmania options.

12. Ranking Screen: As a part of the attract sequence, a ranking
screen is shown that displays the highest score (single, double,
all difficulties) for each song.

Please let me know if you are having any trouble with the links.

Updates:
- Screens run without errors.
- Scores on SelectMusic have been removed for the time being while I rewrite them.
- Minor graphic fixes.
- Risky On/Off fix.
- Player Options and Song Options accessible after SelectMusic (the way everyone is used to). Both screens also play music.
- Combo splashes + Good FullCombo.
- Music loops.

Big thanks to Kyzentun for helping me out with the errors.

The "criteria for success" of the song list aspect is:
- Addresses a wider audience of Japanese and Western players
- Satisfies experienced players with a variety of new songs

Two questions to start: are those returning songs getting new steps/cuts, and is this meant to resemble an actual KONAMI arcade title? Because if the answers are "No" and "Yes", respectively, you've failed the 2nd part of your criteria. The way console licenses songs get onto the arcade mainly is if they are contemporaries (the 2009 series getting 4 songs into X2, COME CLEAN from SN making it to SN2). After that, however, they're usually gone with the exception of the fluke revival, the one from a game at least 2 generations away (i.e. Waiting for Tonight in SN2 from EXTREME CS, Everytime We Touch in X2 from Universe, and Mickey Mouse March (Eurobeat) in 2013 from Disney Mix) It's worth noting in the recent cases that they are recut as well. Anyway, So What and Viva La Vida wouldn't both make it in, and YMCA's license has expired if jubeat is any sign. Also, there probably should be more Japanese licenses to "address a wider audience of Japanese players", perhaps a few covers from jubeat, pop'n, or GITADORA, some SAVIOR OF SONG, some Golden Bomber, some Leo leiri, the list goes on.

Despite the actual origins of songs being relatively varied, I can't help but think you're an avid REFLEC BEAT player from this list. I know the problem, as I had it similarly for a long time with jubeat songs usually crossing over to my simfiles. Still, it may be worth checking out a few OSTs for other recent BEMANI games to find some more variety to the gems that you decide to step.

Overall, this seems promising. Hopefully your assignment ends up well!

Thank you for your reply

To answer your questions, regarding the returning licences they are licences from console versions but I was fairly sure they belonged in the licences section rather than the console section. I will be expanding the licences section after I've worked on the crossovers, this includes Japanese licences as well though I have yet to research far into J-Pop because my knowledge of that doesn't really extend past that of Kyary Pamyu Pamyu and Perfume. As for whether this is to be an arcade or console style release I am ultimately aiming for a combination of the two and obviously for it not to be released for commercial use.

As for the crossovers, I did a little research into what songs people would like to be crossed over into DDR via the "Songs that should be crossed over" thread and took notice of frequently appearing songs and stepped a few of those first, however today I have been working on some GITADORA crossovers.

Also just an addition, would people be interested in seeing comebacks from older artists? sampling masters MEGA for example or something of the like.

Last updated: 2014-03-25 01:24pm
Okay, before I start, I'm assuming that is aiming to be an arcade release. One thing that is bothering me is the organization of the songlist. Romaji is used for the Japanese songs, and the use of no space between the song and artist makes it kinda hard to read. For example:

However, if you're intending this to be the Western arcade release or something romaji is fine. Songs in Western releases are always romanized. A good place to start looking for Japanese license choices are other BEMANI games such as jubeat or REFLEC BEAT because the songs that are put on there are usually really popular (this includes artist packs for jubeat plus, REFLEC BEAT plus, etc.).

For the US licenses, it makes no sense to me why you are repeating licenses. They were already on a game, and usually licenses don't get revived on arcade versions (one exception I think of is COME CLEAN and WAITING FOR TONIGHT on SN2). I do realize that those songs are popular, but they are kind of stale.

These songs are a good start, but you can add more Western songs (I do notice you said you're still adding them). A good place to look is the Billboard Charts, or the Now That's What I Call Music! CD series.

Please be careful of how the songs are titled and stuff, make sure it's right.

I kinda get why you're reviving SAY IT AGAIN, because Rescue Me was in DDR X3 VS 2ndMIX. I think you did good on choosing songs with artists that have been in BEMANI before, because it kinda gives a feeling of familiarity. But, you should also branch out and choose songs from other artists. As for the CS revivals, well... I get that too, just look at DDR 2013.

I kinda agree with DDR Addict about what he said about the BEMANI crossovers. There seems to be a IIDX and REFLEC BEAT bias. Show pop'n music some love or something, GITADORA too.

Watch out for formatting things here, too.

For the special songs, I'm just going to assume you're gonna create them yourself, or get someone to make the audio for you. That doesn't matter to me, really. However, MAX, PARANOiA, and TRIP MACHINE songs are kinda old. Well, actually, there were some in X3, but I feel like they were only there because of the VS 2ndMIX gimmick. I get it with the title being "Next Generation" but that seems played out. Maybe change the name and get some other songs to be the boss songs. IMO, it's ok to use the "new" songs as boss songs too. They don't have to be MAX, PARANOiA, TRIP MACHINE, MAXX, EVOLVED, generic jun song, etc.

I was planning to have everything romanised to universalise/westernise the project a little more, hence "akiba koubou mix", "Suzaku" and Spangle. To be honest I wasn't sure about Lesson.31 Encounters with stupid because on the disc it seemed like "Lesson.31" was in place of something like "31. [song name]".

As for special songs, the MAX, PARANOiA and TRIP MACHINE generation songs are placeholders at the moment but I was thinking of using them as some sort of unlock and have something fun for the extra stages.

I have a song suggestion for a cross over. I know that this might be a long shot.

MOONLIGHT DENSETSU / SANAE SHINTANI from Pop n' Music
Is burning in hell for being a "homophobe" and being a believer in Christ. 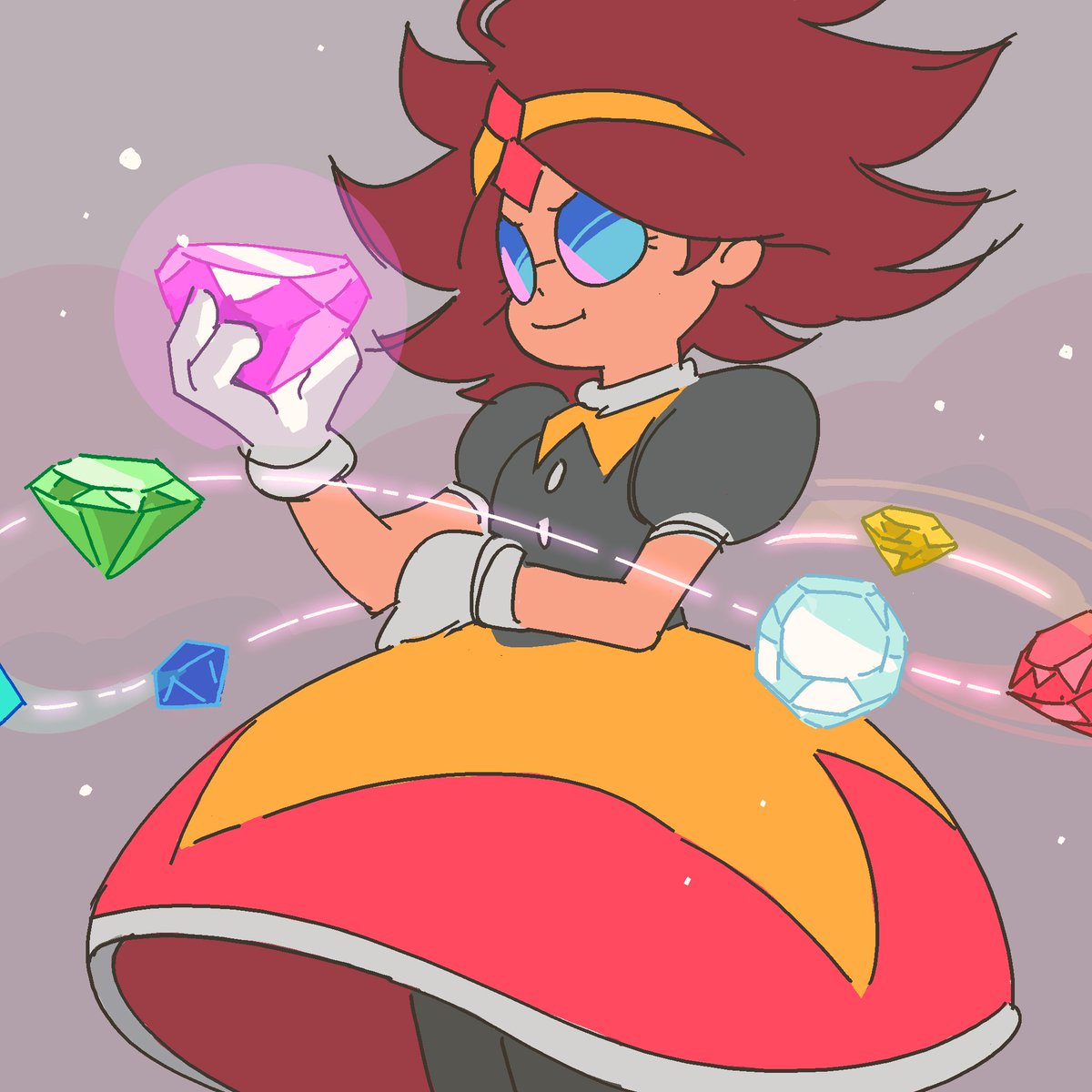 Oh my god, that theme looks better than Konami's themes. I'm really looking forward to this theme, keep up the good work!

Amazing theme!
When do you think it will be released?

Really nice theme. I like how it takes elements from the official themes but adds new stuff.

Well the official due date for the project is sometime in August but I am hoping to release an alpha before then just to get some feedback.

Well the official due date for the project is sometime in August but I am hoping to release an alpha before then just to get some feedback.
Take all the time that you need I'm sure it will be Perfect

That is a brilliant theme! Cannot wait to try this

Just watched the video, I really like it. I'm curious though, does choosing STARTER do anything different? I really like the thing on select music that tells you what group you currently opened. I also like what you did with the difficulties and groove radar. The stage info screen is nice as well, I like the doors. Gameplay is good, can't think of anything wrong with it. I also like that the calories thing is on the results screen.

I'm currently working on STARTER mode, which features a tutorial and then basically follows Happy mode from DDR X2

The song choices are pretty great and
Holy crap.

0:30 The model is stepping on Down but it's the Up freeze arrow

Thanks to Lord Toon !

Actually, the model is facing towards the player, so she is stepping on the up panel. It is admittedly a little confusing especially since you only see her for a half-second though.
注册账号 登录 Back To Forums