Nice to see a couple of good tracks there: 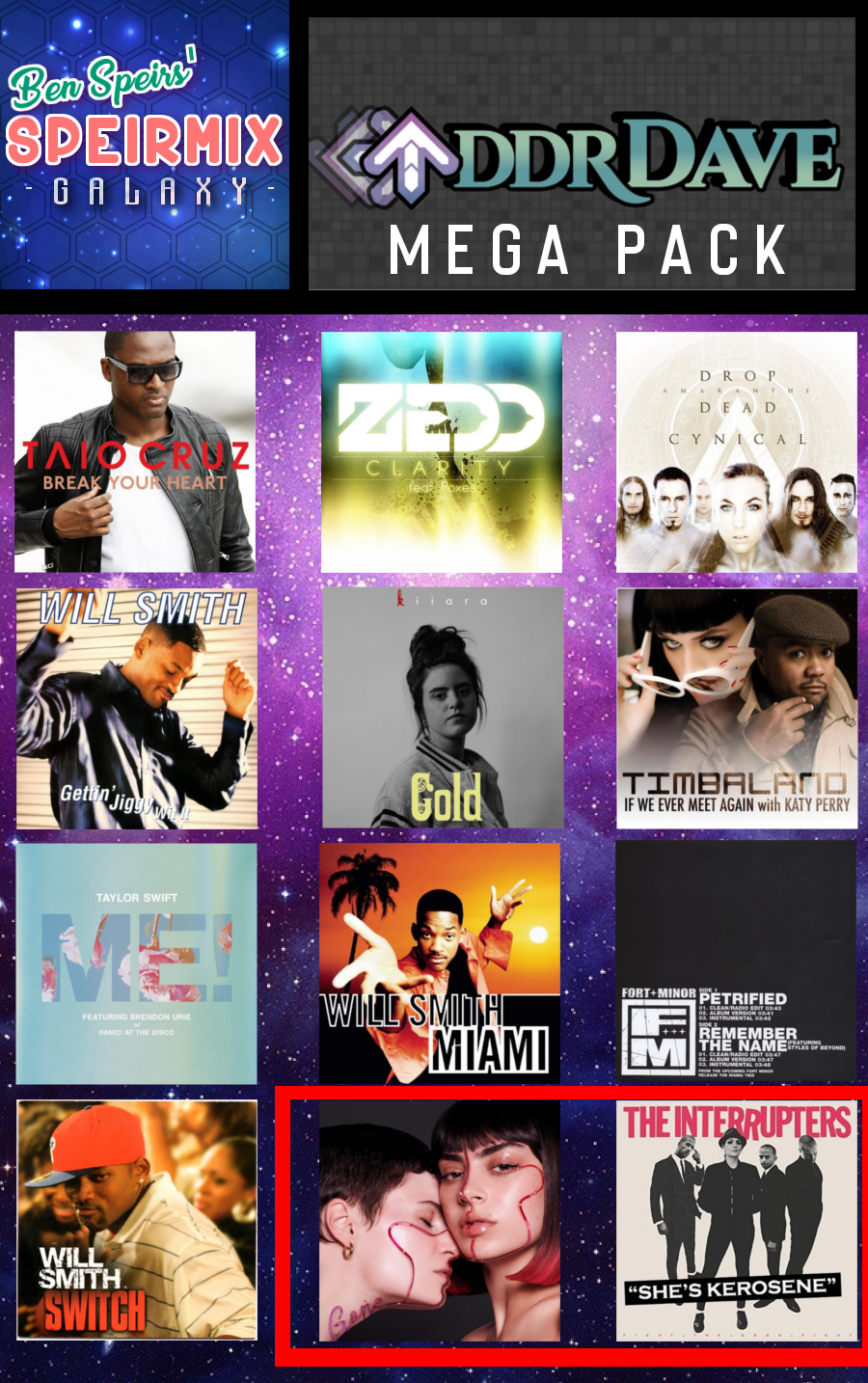 Presenting the DDRDave Mega Pack!!
Who is DDRDave? Dave is a Twitch streamer who plays DDR/ITG/Stepmania/whatever every weekday for your enjoyment! He has a very professional setup including multiple camera angles that seamlessly swap depending on gameplay, live heart rate display, live input display as well as a request system where you can ask for a song to be played via the Twitch chat (you don't even need to be subcribed or anything!) and it will ping it onto the screen for Dave to try out! He has hundreds of songs spanning multiple packs and it's very entertaining to watch a DDR player who plays almost exclusively fun stuff and isn't focussed on stamina charts and the like!

You can check DDRDave out here: https://www.twitch.tv/ddrdave
Request one of my songs if you like! Give him hell with Hatsune Miku, he LOVES her voice.
Also he has a dog and you might see that so that's a reason too.

But onto the pack! Dave commissioned 10 songs, and the songs with a red border I just threw in as a bonus so they have nothing to do with him! A massive amount of pop music spanning multiple decades and genres that I'm sure you'll find something you like!

Thanks for all the songs Ben. I'm tweaking them a little to my liking, mostly fixing the jackets a bit, changing the genres to DDR A style ones, and converting to the X scale.

I thought Chandelier Challenge ending up as an 18 might be a bit much, but looking at the chart in action, it might actually be deserved.

Thanks to Lord Toon for the user banner.

Thanks a lot Ben! appreciate it

hey Ben Speirs, thank you to make all these new songs with such quality in the steps.
You keep stepmania alive