About time I got a simfile thread going, huh?

Simfile page link
These are the simfiles I make for my own personal enjoyment. I used to make many years ago but stopped in 2013 or so. Got motivated after having access to a DDR machine to play on regularly as well as playing doubles.

-All simfiles are made for pad play.
-Every song will contain, at minimum, 3 Singles and 3 Doubles.
-Difficulties are X-scale 1-20. They may be off by one and that's fine because it's more like a guideline than anything definite.
-Charts may contain scrolls, warps, speed changes, split BPM, and various other things that may only be compatible with SM5. I usually try to contain these in what is labeled as Edit and the provided .sm won't contain these charts, but this is not a guarantee.
-I avoid songs present in Bemani games. Personal preference. There may be other music game songs but they are pretty rare.
-I tend to avoid overly difficult charts unless I have ideas or feel the song calls for it. Don't expect it to be common.
-New songs will be released in, at minimum, sets of three. Mostly to keep me from making a new simfile and releasing it before finishing ones I've had sitting for a while.
-There may be times I update an already released song with new charts. I'll usually do so when uploading new songs and provide a .ssc download for said songs so you don't have to redownload all the files again UNLESS I include a second audio file (which is a possibility).
-Anything in Edit slots are going to be more experimental or gimmicky in some form. Just a heads up.

I think that covers everything in too much detail.

The initial batch of stuff contains a mixture of some of my oldest files I kept around with revisions and some more recent simfiles released during contests. All of them never had doubles (save for Ghost's 12) so this is their doubles debut. 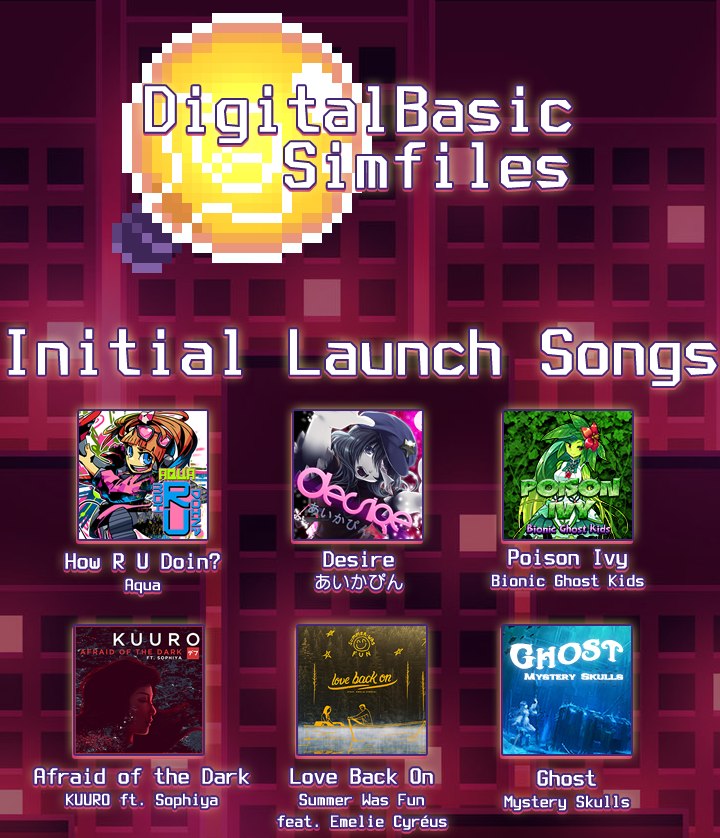 I just wanted to have a fancy graphic for the first releases.

No category yet, but I have these up on my personal simfiles page. I hope to add more fairly regularly, but I'm still adjusting to making doubles charts at an efficient rate.