The next-generation simfile contest for DDR players is back for the third year in a row! This is a contest where your chart-making skills will truly be tested across all difficulties, but is also a celebration of DDR for players and chart-makers of all skill levels!

TL;DR changes from last year's contest:
- Sign-ups for submitting simfiles are now open until the end of round 2!
- Shock arrows can now be used on any difficulty (thanks, Megalovania).
- Scoring for each chart is now in increments of 0.5 instead of 1.
- Removed the penalty for under-performing

charts entirely.
- Removed round 1 scoring requirement for participation in round 2.
- New weekly deadline of Tuesdays at 0:00 UTC (instead of Mondays at 14:00 UTC).

OVERVIEW
This contest consists of two divisions: singles and doubles. Each division will consist of two rounds, with participants submitting up to two simfiles each round. After each round, the judges will review all of the submitted files, and the results will be announced at the end of each judging period. At the end of the contest, the participant with the two highest-scoring simfiles wins.

CONTEST RULES
1. There will be two rounds in this contest, with each participant submitting up to two simfiles per division per round. The submission period for each round will be three weeks long; this should give everyone enough time to work on their files.
1.5. This means participants in both divisions can submit a maximum of 4 simfiles per round, but they must specify the division(s) in which each simfile will be competing.
2. The judges will then have two weeks to review the files and provide comments for each chart, after which the scores/results for all round 1 files will then be announced.
3. After the conclusion of round 2, the scores/results for all round 2 files will be announced, and the participant with the highest combined score from their two highest-scoring simfiles across both rounds will win the contest.

SIMFILE RULES
1. For each division, you must provide at least 3 charts in the

being optional but recommended.
2. Charts must be rated on the X-Scale (out of 20).
3. Songs must be at least 1:00 and less than 2:30 in length (e.g. no "long versions" allowed).
4. Pad charts only, no keyboard charts.
5. Automatically generated steps are not allowed.
6. No rolls, hands, fakes, scrolls, or other gimmicks not found in DDR. Mines are allowed, but only in the form of shock arrows.
7. Split timing is allowed.
8. New simfiles only. You can't re-release a simfile you've already published (i.e. made publicly available for download).
9. Simfiles must be uploaded within the submission period.
10. Files must be uploaded to the simfile contest category using "Round 1" or "Round 2" as the section name when appropriate, and files must be named according to Z-I-v standards (e.g. if a simfile does not load in StepMania due to invalid characters, it will be treated as a non-submission and disqualified). See this handy guide by Ben Speirs for details on proper formatting (except for the username part unless it is required by the rules).
10.5. If two or more participants step song(s) with the same song title (across all rounds), the participant's username in square brackets must be appended to the song title when uploading files (e.g. "Party Rock Anthem [led_light]").
11. Graphics/BG videos are not required but recommended. If you do not have graphics, someone else can make some on request or you can use the contest banner and jacket.

SCORING CRITERIA
1. For each file, each judge will rate all charts on a scale of 0 to 10 (in increments of 0.5) and provide feedback for all charts in their division. The overall score for each chart will be determined by removing the highest and lowest scores among all judges (if there are at least 3 judges giving scores to that chart), and averaging the remaining scores. The overall score for each file per division will be determined by a weighted average of all charts in the file. The weights for each difficulty are given as follows:

= 2 (if stepped, singles division only)

charts would bring the total score for the simfile down, then the weights of each affected chart shall be zero instead.
3. At the end of round 1, participants will receive a preliminary rank based on the score of their highest-performing simfile.
4. At the end of round 2, participants will be ranked based on the combined score of their two highest-performing simfiles, regardless of which round the two files were submitted in (so both eligible files could be from a single round). The participant with the most points will win the contest. In case of a tie, the third highest-scoring simfile will determine a winner, followed by the fourth highest if needed.

DEADLINES
The deadline for submitting files (along with the announcement of results) will be on TUESDAYS at 0:00 UTC (for other time zones, that's Mondays at 5PM PDT / 8PM EDT, and Tuesdays at 8AM JST).

Dates listed are on Mondays for time zones west of UTC; later time zones use the following day.

SIGN-UPS
Sign-ups for submitting simfiles are open all the way up until the end of the round 2 (but preferably at least 24 hours in advance so that I can add you to the contest category on time). Sign-ups for judging, however, are open until the start of the round 1 submission period. You can sign up by posting in this thread or sending me a DM on Z-I-v/Discord; please say which division(s) you want to participate/judge in when doing so.

For contest notifications, extended discussions, or to just chat with me and other participants, feel free to join the contest channels in the Z-I-v Contest Discord Server (but it is optional and not required to participate in the contest).


Why this contest?
As someone who has been been making and reviewing charts over the widest range of difficulties for years now, I wanted a contest where all difficulties actually matter as well. But, only a small fraction of the simfiling community actually plays or reviews all difficulties, so a judging format only makes sense to me in this case.

Are judges allowed to participate (submit simfiles) in this contest too?
Being a judge and a participant in the same division is not allowed (so a singles-only judge can participate in the doubles division and vice versa).

I want (or am eligible) to participate in only one division; can I still submit charts for the other division and receive feedback on those charts?
Yes, but the additional charts will not be eligible for competition; all of the judges are free to provide additional scores/feedback if they wish, but that is completely optional (contest charts take first priority).

Is everyone eligible to be a judge?
Technically yes, although if there are too many sign-ups for judging (say, more than 6 per division), I may vet only those who have the most experience making and playing charts of all difficulties. Also, be warned that judging is a serious time commitment (perhaps even more so than being a participant), with around 12 hours of work per round (and that's just for singles). I would advise only signing up if you are willing and able to put in the time and effort into thoroughly playing all contest files; any scores I do not receive before each round deadline will not be factored into the final scores.

What exactly are you looking for in a good submission?
As long as the above rules are followed, almost anything goes, really (it's in the name of the contest). You can make each difficulty as easy or as hard as you want, but harder charts will naturally be harder to perfect with more steps to scrutinize. Personally, I tend to lean towards charts that are playable (but especially more fun to play) without the bar, and give the player creative freedom to perform the steps in different ways. You can include as many crossovers, spins, etc. as you want--even doublesteps or steps that don't always go with the music--as long as they are appropriately executed for whatever song you step. If you need any references, there are plenty of good simfiles out there to start with, including most official DDR charts, winning charts from previous years, or maybe even the majority of my recent simfiles.

Do the judges have to adhere to some specific criteria? What do the scores mean in terms of chart quality?
No, and the specifics can differ between each judge, but this scoring system by Telperion from FS2020 is a good place to start.


Grading Scale (roughly)
10: Absolutely blew me away. (Exception: I award this to Beginner charts with no glaring flaws.)
9: Really good - I would consider it a standout.
8: Solid chart. May have a few taste nitpicks but mechanically sound.
7: Good, but wouldn't take much to push it up to "great". I would tweak it here and there.
6: It's fine. Maybe boring, incohesive, or directionless. Maybe suffering from mechanical mistakes.
5: I didn't hate it but I won't play it again.
4: A few redeeming qualities, but serious issues. Would consider scrapping the chart and starting over.
3: I'm not feeling this at all. Needs a re-do.
2: I sense effort, as if a slight odor of simfile permeates the room, but cannot pinpoint its origin.
1: Didn't read the assignment.
0: Not actually a simfile. Might be three da-dons in a trenchcoat.
DDR A3 Rival Code: 3115-3633 | Download my new app: StepMania Song Manager!
Latest Simfiles:

I would like to participate in the singles division

Allow me to join the Doubles division
This is Karl with a K. As soon as I can figure out how to change my username that will be more obvious

I'll try my hand at participating in the Singles division.
deez nuts

Time to redeem myself for SHY now that I've learned a bit more! I would like to join the Singles division, sign me up.

You know I am in. This time, put me in for Singles and Doubles divisions.
<<< deviaintART | Category >>>

I'm in for both divisions!!

I'd also like to sign up for both divisions.
Quote: xXMokou98Xx
If I spend an hour or so to make a [..] beautiful standard chart and a fun light chart and it's required for the comp, play it, or at least look it over other wise I don't see the point anymore[.]
#NOTORACISM

Let's kick off this contest with an ironically titled song for being the first submission. 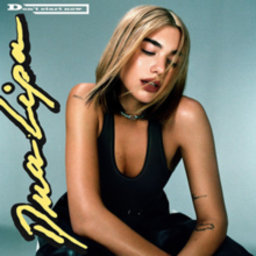 Sorry for the late announcement, I am out for a short trip this week. But yes, round 1 had officially started, and everyone who has signed up so far should have been added to the category by now (let me know if that is not the case)! Round 1 deadline is November 8th at midnight UTC; I can't wait to see what everyone has to share this time!
DDR A3 Rival Code: 3115-3633 | Download my new app: StepMania Song Manager!
Latest Simfiles: 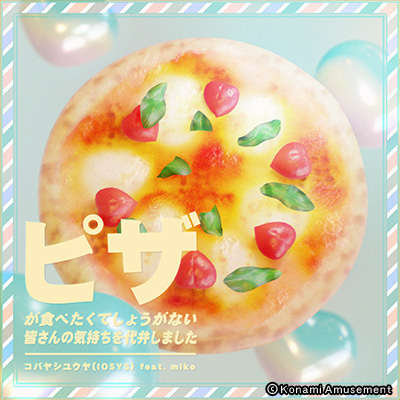 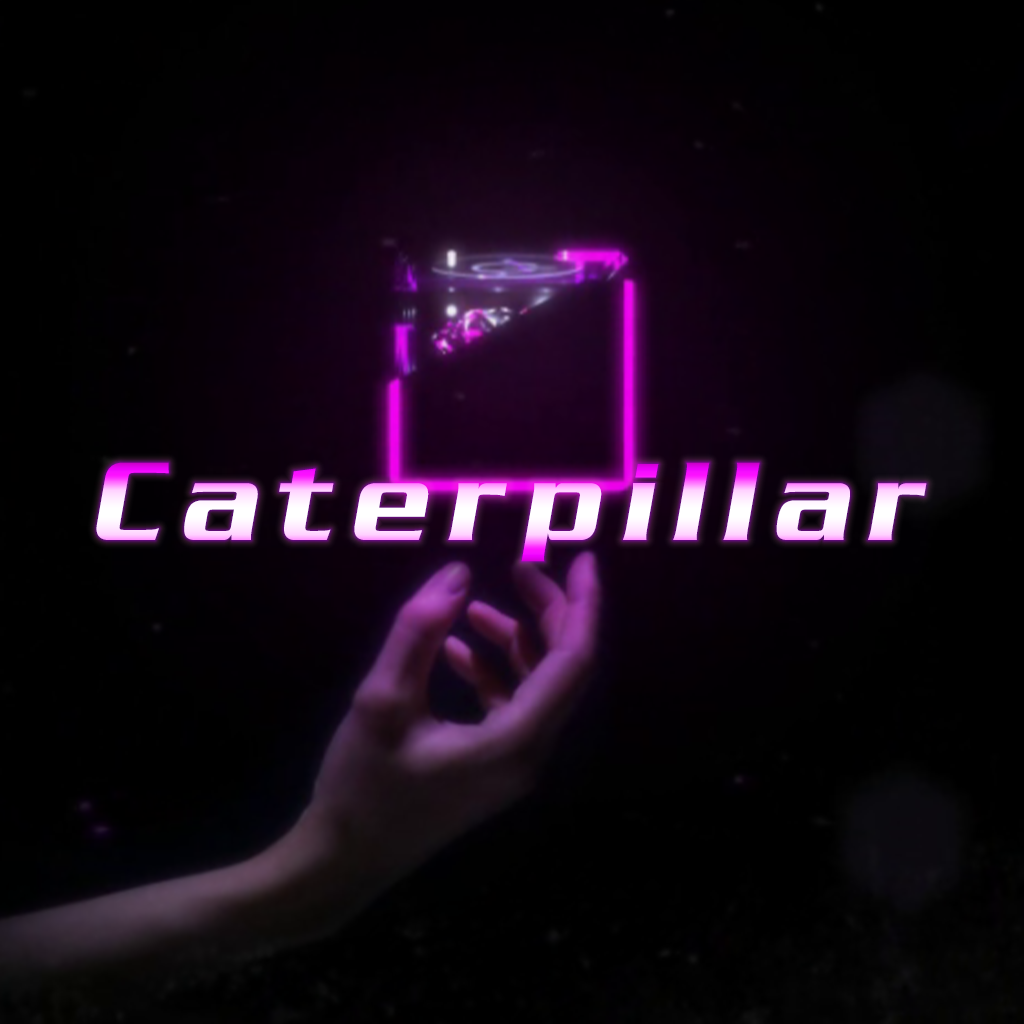 Quote: MelodyLoveQueen
By 3 charts per round, does that mean we need to do 6 songs in total?

So one song per round, gotcha. Sorry this is my first time doing this, I'm pretty new and new to the terminology.
I shall join Singles! 😊
I hate you, yes you <3

No, you can do two songs per round, but each song must include at least 3 charts. 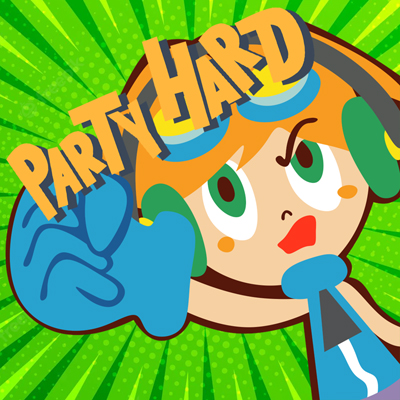 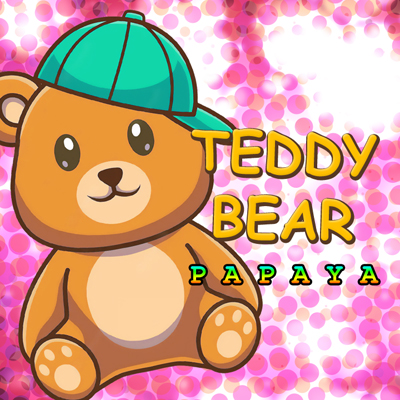 I didn't realize we could do two songs per round at first... 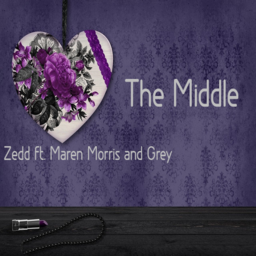 Also, who the fuck is Grey?
deez nuts
Register Log In Back To Forums