[SM5] DanceDanceRevolution A20 Minus

first of all thank you so much for your hard work making this theme, i really love it and i love using it. Kind questions, is there any way to add a BPM estimate when changing speed on the options menu? it would be really helpful. Is there a way to disable the "now playing" section on gameplay? because it doesnt work with centered 1 player, and is there a no gold border version of the noteskins?.


again thank you so much for this theme and hoping to see more of your work soon cuz you are hella talented <3. 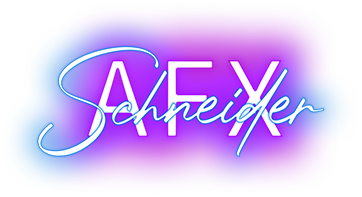 Hey, do you ever plan on updating this theme to work with Project OutFox? I recently re-discovered this theme and I've been loving it haha, but I prefer to play on OutFox because I believe it's superior to SM5 in almost every way haha

Outfox is great if you like ever having your machine synced properly.

Personally I just want to see this theme updated with the folder row fix. Maybe also use IIDX style folders like Simply Love has an option for, which is nice when you want to play a song that starts with a Z in a large folder.
Quote: sharibetsu in The Unwritten Rules of ZIv thread
Any popular thread must have at least one debate between n00b_saib0t and someone else.

From the Lua File Line 70

Referenceing to a missing file _barpiece D7 which doesn't exist

Removing the lua file has gotten the music select screen to work, but putting it back and ignoring breaks most of UI
here my imgur post showing what i mean.

My thought was sDifficulty should be define to whats shown in the folder but instead i think it listing a the Step number difficulty instead of named difficulty.

It’s because you’re using outfox and this theme hasn’t been updated for how outfox handles what they want it to do.
Quote: sharibetsu in The Unwritten Rules of ZIv thread
Any popular thread must have at least one debate between n00b_saib0t and someone else.

Quote: n00b_saib0t
It’s because you’re using outfox and this theme hasn’t been updated for how outfox handles what they want it to do.

Makes sense, it does work well with 5.1.2 and 5.3. I've been enjoying how outfox has progressed, just theming feels very behind and for the most part I love how this theme for the most part plays on here as well as stepmania
Register Log In Back To Forums