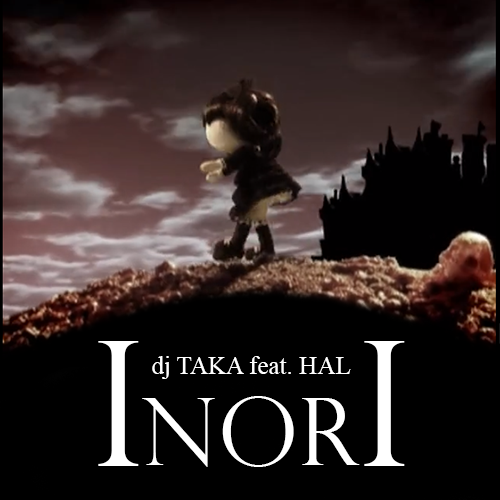 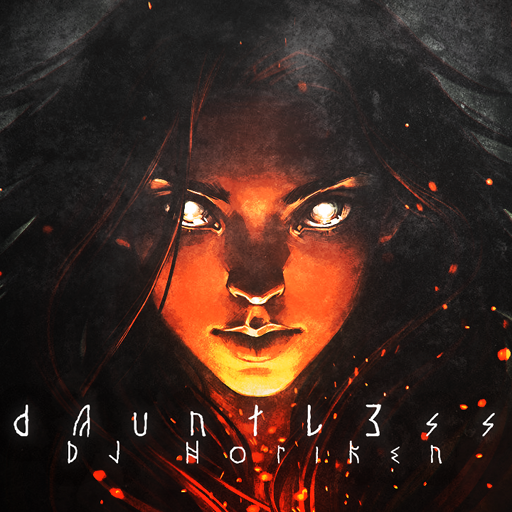 I wanted to submit an 18 for this round, but the song I was stepping wasn't quite turning out the way I wanted it to. Oh well. Not that dAuntl3ss is easy or anything. The ending is... uh, kind of a doozy. 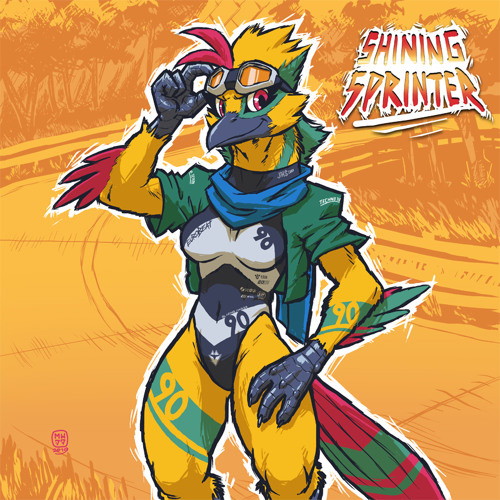 Yeah, just throwing this out there. Kind of running out of steam between this contest and other projects. 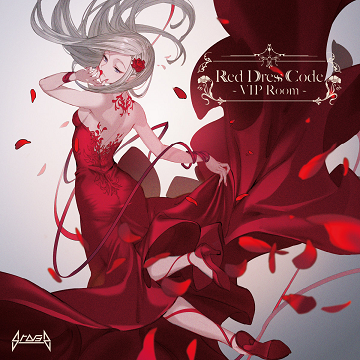 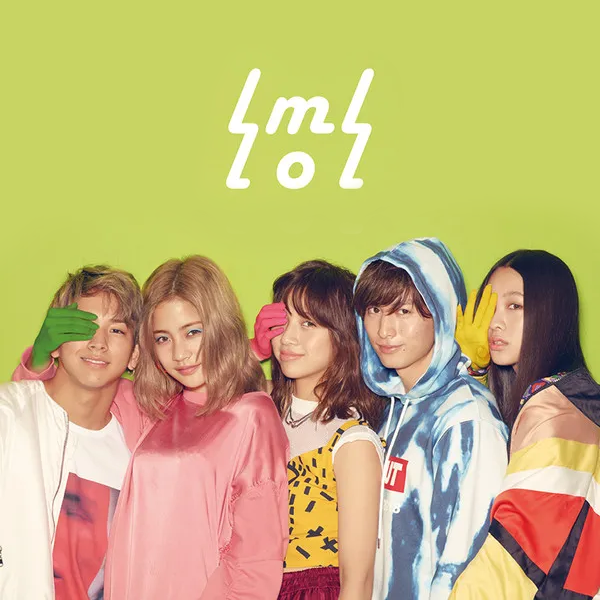 Might as well end the contest with some sort of bang, no?
Probably a good thing too since I'm starting to feel a bit burnt out as well. After this, I'll just focus on my main simfile category and another project I have planned.

I've only just noticed that my submission has a shifted stop and shifted and missing bpm changes that throws everything off. If you've already downloaded it want to play it how I meant: https://zenius-i-vanisher.com/v5.2/viewsimfile.php?simfileid=39771

Congrats to Gameoson on winning the Simfile League! Thank you all for playing.

Congrats to Gameoson for the win! Sucks that it was this close.

This contest has been a great way for me to up my game, and I think that my entries here are the best I've put out in any contest. I might do the next one, I might not. It's just a shame that everyone dropped out midway.

I think that with some tweaks to lower the amount of work and commitment required to participate, this contest could be bigger and better in the future!
Thank you to Pandemonium X for all your hard work.

Also, shoutouts to HDM300 and vonafroa; they've really improved and have shown some great stuff this contest.

To everyone else, good fight! We'll see each other in Battle Royale perhaps? (I also nominate Gameoson for taking over the contests)
<<< deviaintART | Category >>>

Had a feeling Overnight Celebrity would flop. I didn't feel too great about how it turned out; it was uninspired compared to others songs I actually had ideas for but I didn't want the almost 700 steps to go to waste and it was late into the week with my classes in full force so I just submitted and hoped for the best.

Anyway, some feedback on what you didn't like about it would be appreciated. My attempt at syncing the steps to the offbeat vocalizing during the second slow section is part of it I'm guessing.

3 of those 5 wins were by default so I'm not too thrilled about the outcome. I probably would have lost to most of them had they actually submitted. Uh, yeah.

And thank you Pandemonium X for all of the time and effort you've put into running these contests. You've been a great host.

Congrats to Gam, and major props to everyone who stuck it out to the end! I wanted to give my input on what happened with this tournament in terms of motivation and retention. This is the 5th tournament I've competed in so I've seen that we've been through a few different formats, but unfortunately this one missed the mark. I don't fault Pandemonium X at all, he's always been an amazing emcee for these events but since this was a more experimental tournament it ran into some unforeseeable hurdles. I want to give what I think are three major things that make or break an event such as this that I've seen in past tournaments and in this one.

1. Weekly Themes. The biggest problem by far for this event is "burnout" and lack of motivation. Really when you can submit any file you want any week it's very easy to suffer from a lack of direction. In my opinion having the theme is sometimes just as fun and challenging as making the chart, and definitely helps with getting inspiration for something to write. It also adds a depth to the file where getting creative with the weekly theme can be something to consider when rating files, and seeing each players personal spin they put on the theme is always interesting.

2. Tournament Length. This one is pretty self explanatory. While some of us are robots that can consistently churn out a file every week no problem, it's way better for these events to be a little shorter, so easier to commit as far as real life and free time constraints are concerned, as well as preventing the burnout that prolonged tournaments can cause. I'd say the exception to this would be stuff like the Summer Contest since that's like the 'Big Tournament' so you're expected to be in for the long haul there. There's also the issue of having longer VIP rounds which usually causes the participation to drop rather immediately.

3. Free for All Scoring. I know you guys are good sports, but it is disheartening for everyone to see random 1v1 matches that are rather tilted to one side. Scoring everyone's files together is a much better way of staying motivated since you can gauge your overall progression in the competition ("oh hey, I got 13th/7th/4th/etc, looks like I'm improving" versus "oh hey, I lost"). The other problem is that if your opponent were to miss a week which is a perfectly reasonable thing to take into account, then you win by default. Hopefully you guys all played all the files, even the ones where there was no competition, but that wouldn't be an issue if everyone were in the same pool. It also means there is way less pressure for anyone who needs to drop out or miss a week, and it won't ever feel like you've wasted a file if your opponent couldn't make it.

Here's the thing though, 1v1 matchups and getting to pick any song and all that aren't bad ideas by themselves, it's just a whole tournament of only that begins to wear down the morale of everyone competing. So IF I were to hold a tournament sometime in the near future, it would be a combination of both.

- Five or so weeks of the free for all main event, with weekly themes and everyone getting placement points each week.
- A week break to cool down and finish voting for the last round.
- One final face off round pairing up the players based on their total scores. I'd say 1st and 2nd seed face off for the championship, then 3rd through 5th and finally 6th through 10th face off for final placement, with everyone else out at their current placement. That way it's still like a VIP round but since it's only one week those who are below the cutoff only have to vote one extra time if they want to stay engaged in the event/cheer others on from the sideline. The free for all scoring is great for getting the broad placement of where competitors stand, while the face offs would be perfect for cementing the final placement through a direct match up. This round would most likely be open to submitting anything you want, so if you want you can start working on your baby throughout the tournament, then unleash it on the final round.

Sorry for the absolute novel but idk it's just something I've been thinking about. Think of this as my proof of concept, and I'd be glad to try and carry it out (provided nothing comes up in the near future). I always enjoy seeing everyone come together and duke it out, so either way, no matter what the circumstances are, I'll be seeing everyone for the next event.

In all honesty I really do like what you propose, VanEden, so thank you for taking the time to write that out. Your criticisms on how this contest ran are more than valid, and you certainly brought home the point that this was an experiment that could have gone better and you gave some alternatives as to how it might have run instead. I'd definitely love to see the kind of concept you have in mind carried out next time and see how it works!

To outsiders, I may sound like a hypocrite writing that paragraph since I never participate in these things, but I always keep watch and talk to contestants and get some insights as to how they feel throughout the tournament. This contest was especially prevalent in that regard because a number of people who participated here are also the design staff of DanceDanceRevolution XX, a project led by Marten and me. From the other charters, I've more than on a few occasions heard about the stress and lack of motivation brought about by having to participate here even during the busiest weeks, not only to submit and vote for files for this tournament, but also to design charts for that project as well due to both fatigue and them running out of ideas.

I'm all for the idea that some breaks be given out during long haul tournaments like these (have the players vote whether the following week should be a break week or not) after each submission week, and to have the majority decide whether the contest should give a break for the following week (maximum of 3 breaks total, or however many as appropriate relative to the length of the event).
ZIv Mod Squad:
"The Eternal Crybaby"

Posting really late to the conversation!

I agree with what VanEden and Newb has said. Another suggestion that could be interesting is an alternating structure with free-for-all matches determining your matchups in 1v1s the following week. This structure would continue for about 3-4 cycles of 2 weeks each before a final VIP round where your cumulative performance determines your placement.

I agree with Newb on the topic of breaks. Nothing much to add on this topic.

Finally, I'm open to hosting a future contest (perhaps with VanEden) as well. I don't want to commit to doing it indefinitely yet though.

If you are seriously interested in running Battle Royale and/or Summer Contest, send me a DM/PM and I'll look into it. Look at this post as a "Help Wanted" sign.

CATEGORY ─ THREAD
Register Log In Back To Forums