Thread Locked Back To Forums

wow...
After jubeat, REFLEC BEAT up..

Looks like Technika ripoff. But still that can be cool

Looks like TECHNIKA & good machine design..
But, it's purple...

From Davo22 (the only guy who actually play the game):

Played it today, it’s not a motion sense game or anything, nor is it technika. It’s basically advanced ping pong, and the notes go back and forth to the music. You either battle other players via eamuse/locally or play a CPU who will probably rape you.

The song list is really good, but there were only like 7 songs available. The timing windows are tight, it has just timing, great, good, and miss I guess. Was interesting, it FELT like technika but is by no means anything the same. Rating system out of 10.

In addition to the songs already posted, the TAG song is called Diamond Dust and is hot as shit. New capsule song too, same banner as more more more from jubeat ripples. It was Jumper. Starmine yellowtail remix, kors k’s gymnopiede, smooch, some J-pop song, TAG’s song, and capsule’s song. Can’t recall if there were more.

And yeah, basically just knock notes back and forth. You do not PLAY the music. When you hit the notes it makes ouendan-esque clash noises. There are hold notes. 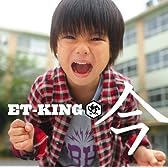 He described something alike to this

I want to know what this kors k song is, if it's a remix of gymnopedie, either from EMPRESS or the classical piece.

He simply made a mistake, cause I don't think there is a Yellowtail mix of Starmine, though there is a Swallowtail mix. He must've meant to say kors k's Smoooch.

Edit : It seems there really is a Gymnopedie kors k mix... Sorry!

Quote: Des-ROW
Played it today, it’s not a motion sense game or anything, nor is it technika. It’s basically advanced ping pong, and the notes go back and forth to the music. You either battle other players via eamuse/locally or play a CPU who will probably rape you.

Advanced Ping-Pong? Sounds fun and hard at the same time

Quote: Max
Quote: xXMokou98Xx
Why is six afraid of seven?
Because I eight the D.

Quote: zodiak_911
Edit : It seems there really is a Gymnopedie kors k mix... Sorry!
now this i want to hear

The only Gymnopedie remix i heard is the Dancemania Classical Speed 2 by Violent String Ensamble.
今

The English press release if people are wondering how this game works:

There was a test location in taiwan about 2 months ago. They were really strict on cameras or I would have gotten some videos.

I played it a couple times and found it really awkward. I'm not sure if I could ever see myself playing that.
Add my DDR 2013 Rival code-1106-3749
Visit my YouTube channel DDR 2013 videos!
DrDvids

Game launched today, there's a whole bunch of licenses in this game:

I did not expect One More Time / Daft Punk to be in this game at all, so that was a bit of a shock.

There's tons of stuff to customise in the game too:

「SOUND OF SHOT」「BGM」「FRAME」「EXPLOSION」「BACKGROUND」 all can be customised.

Goddamn. One More Time, JUMPER, Last Chance, Ready to be a Lady, LOVE & JOY, HEART.
I feel kind of envious these "touch" games get licenses DDR should have got years before.

Well, I don't know about REFLEC BEAT, but jubeat happens to be incredibly popular in Asia, hence a greater willingness (and financial ability?) to license more songs.

You could always, you know, cut the songs and write your own pad charts for them

Damn this game looks fun! I really want to play it lol

English is not my first language. Please don't mind my grammar errors.

Thread Locked Back To Forums