Are you l@dy? Wait no that's the original IM@S :V

Anyways, I decided to do this because I've been playing Starlight Stage over the past year and a half (since the game's release). It's a fun game, but it hurts your wallet. I wouldn't recommend it if you only care about the rhythm gaming aspect though, only if you care enough to throw money for idols and stuff :V

If you're wondering about the songlist, like why there's isn't other really great songs like Love Letter or Saite Jewel, well it's because the songlist was actually already determined quite some time ago and we didn't plan on working on it until the beginning of this year.

This is the first pack I've done to include JACKETS, so now it'll work for those SM5 themes that displays jackets instead of banners :V

Anyways, enough about that and enjoy! This is the first pack where EVERY file has a bgvideo in the main download, which is why it's a big file size. I think the next pack we'll do is a sequel pack about a certain Imperial Fleet...
Latest Release!

also, although CGSS has a way too lenient timing, still has some difficult charts (or is it me playing thumbs-only?)

you had me at iDOLM@STER 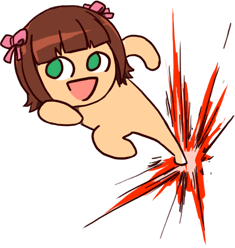 Instant download from the moment I saw the title. The current event is kinda meh, so I guess I'll play this in the meantime. Rin SSR3 why do you evade me

Last updated: 2017-06-07 05:24am
I updated the OP with the release trailer that showcases a lot of the charts in the pack, including the bgvideos that are associated with it.

This is the first pack where I've had EVERY SINGLE FILE have a bgvideo with them, hence the large file size for the main download link.

Also, the pack is easier than my other packs on average due to the nature of the songs from the game. Due to this, we tried to make the charts more technical to keep things interesting.
Latest Release!

Check out all my previous packs!
Register Log In Back To Forums