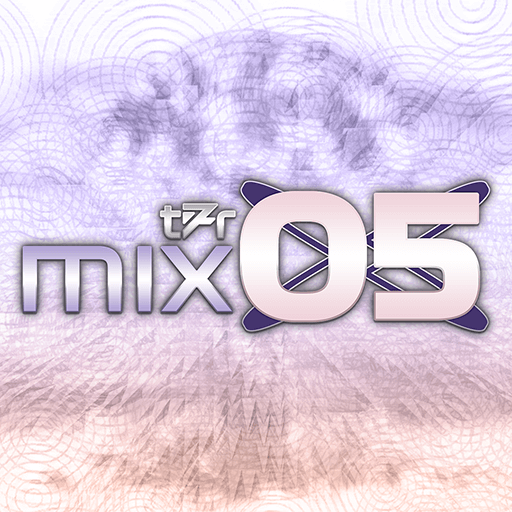 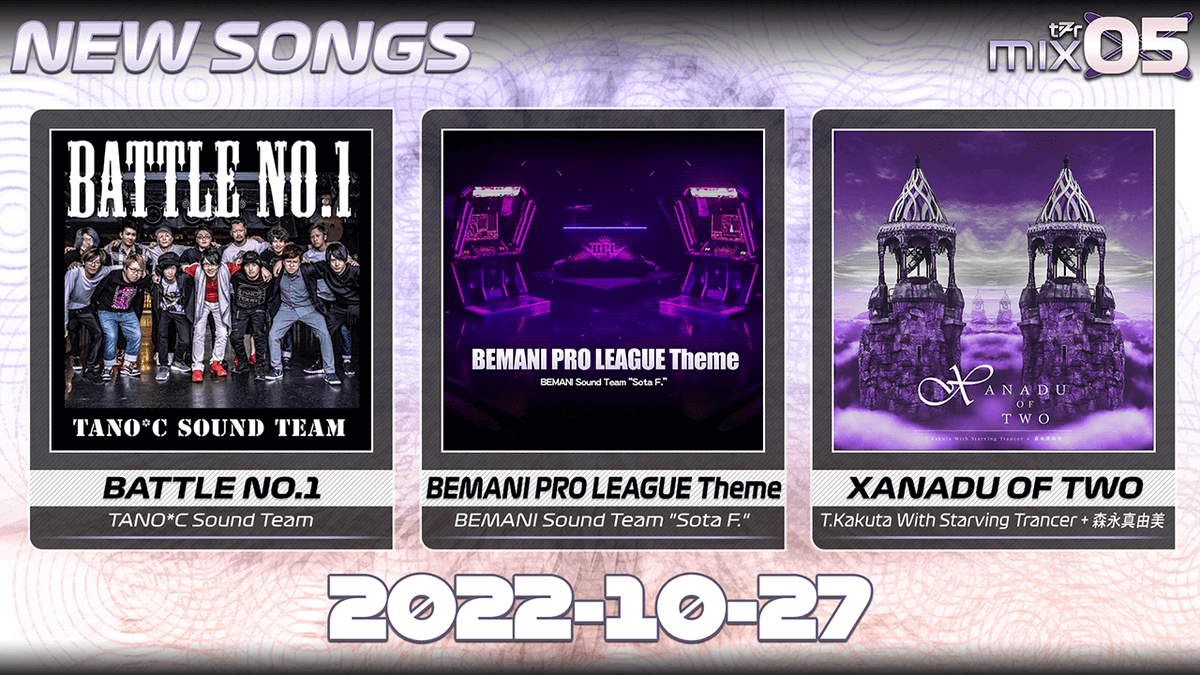 Details:
- This is now the rebranded XQ series, now known as just "t7r mix" (with a two-digit number) so it's less tedious to say. The mix is pronounced "mix five" don't worry.
- Nearly majority of the songlist will be redone contest content, since lately I've been participating in quite a lot of them.
- Update timetable will be almost similar to XQ04 in 2021-- a break whenever there's a contest in ZIv, and whenever there's no contest, updates resume.
- External packs will still remain updated less frequently than the ZIv pack; those will be updated for each season, the end of which is denoted by a boss song update.
- Season distinctions will no longer be in the category, "sub-update" numbers are also gone; it's just between Normal (or what others call "Licenses") and Rhythm Game songs now.
- XQ03 had 3 seasons, XQ04 had two. mix05... ?!

Details:
- BATTLE NO.1 is the 14-person collab we've worked on last year, which was posted in yuisin's channel a few months ago. Once again I would like to thank Nicolas, RGTM, SomethingRandom, chrononical, Daff_4K, kaya, Kekkle, NewbStepper, forcednature, talkion, Maractus, Pandemonium X, and Marten for a job well done in completing this. Also to Marten in particular for actually wanting to push through with this.
- BEMANI PRO LEAGUE Theme and XANADU OF TWO are both from different contests/packs; the former has new Doubles charts.

Moving forward, each new file release will also have a couple of songs without Doubles get them just like this update. Video files will also be updated gradually to have the same codec/bitrate as what DDR XX has been using to reduce file size. Might have another external pack link ready by the end of the year, for now, please get the ZIv one with the latest updates.

Quote: forcednature
if tamam tamam was eurovision i would leave germany