Welcome to the new wave!
Click on the picture to go to the category.
FULL PACK DOWNLOAD

With PandemiXium Crystal Gazer wrapping up, that means it's time to get ready for the next project! Introducing "Pandemonium X Presents: Wave Ravers, A lot will change in this trip to the coastline...

As you may notice, it is not called "PandemiXium Wave Ravers", this is because I'm dropping the PandemiXium name. Over the years I felt like that name has kind of got stale and outdated. This project will continue the series by heart and soul but the PandemiXium name has now been retired. Also I feel like calling it Pandemonium X Presents: is more direct and you know what you are getting.

As is every project, there will be a change in how files are released (especially with how much of a mess Crystal Gazer ended up being with releases). This pack is planed to be a whopping 100 songs (or at least that's the plan) and will be in 5 song pack increments.

From a step artist stand point, and some of you know of this. I have moved over to Arrow Vortex. Files will still be playable on StepMania 5 so don't worry about that. Now we get to the juicy stuff, the game is changing... 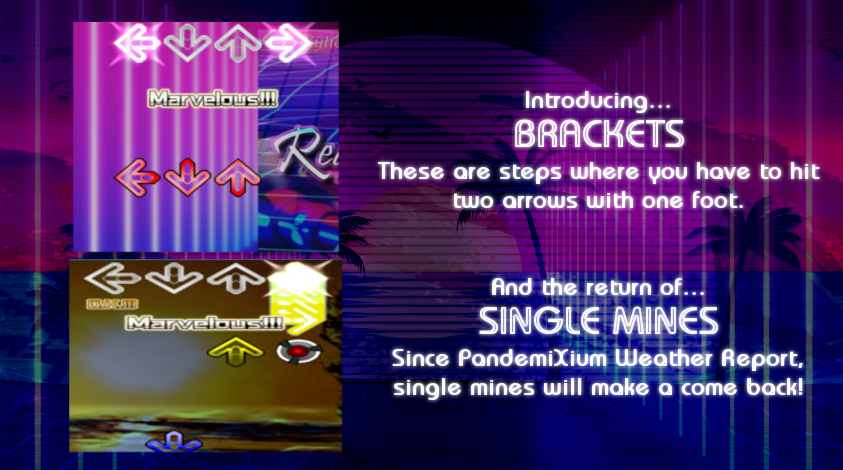 Introducing BRACKETS! That's right, arrows where you have to hit two notes with one arrow. Also for the first time since Weather Report, single mines will be back. I'm mostly uses mines as lifts. I'm not using lifts since Stepmania uses them weirdly and they kind of work... not to mention most noteskins don't support them. So I'm using mines kind of as pseudo-lifts.

Of course, expect all the wonderful song selection and charts that have come from my projects before, such as music game songs, other music, and I might have been in talks for a few collabs for this...

No new simfiles yet to give you a tease but this will change in the coming weeks. So... yeah get hyped!

A few updates and changes to this.

First of all, this will have full charts singles AND DOUBLES charts.

Also I'm going to alter how the waves are done. I'm now doing 10 waves of 10 rather than 4 waves of 25. Might have a small preview or something soon to keep you all busy.

What!? AN UPDATE!!! Decided I'm going to change up how I'm doing this, Pandy can't keep a consistent idea? Shocking I know!

This pack will be split in HALF! There will be two versions. A-Side and B-Side.

A-Side will be originals from other music games and songs from whereever.

B-Side We are going OLD SKOOL! This will exclusively be BEMANI only songs. Tis is also where future DDR Edits and remakes of older BEMANI simfiles will be. I might even open some requests for this but that remains to be seen.

Also instead of 10 songs each, each update will be 5 songs and will rotate between A-Side and B-Side. Speaking of the first update and since I'm nice and feel bad for this taking way longer than planed... here's the songs for the first update that will be on A-Side: 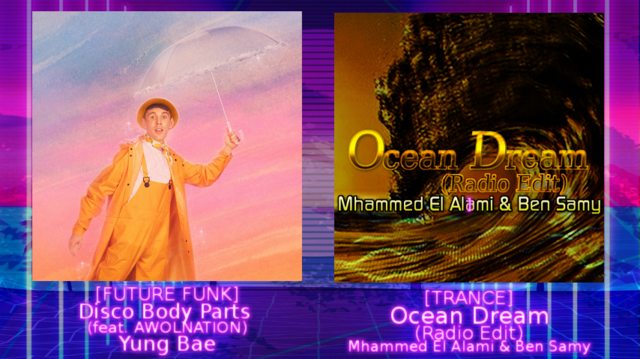 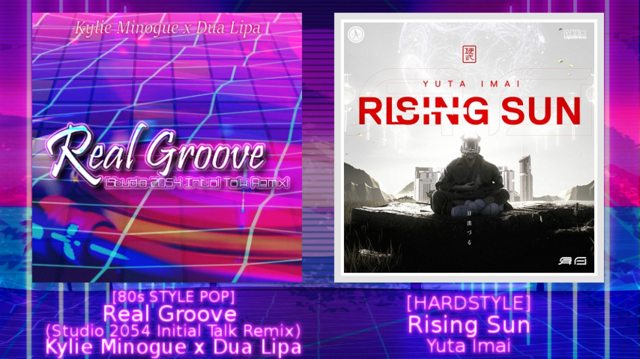 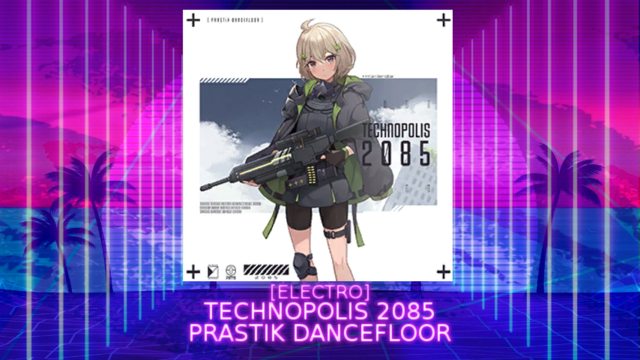 First update will be out very soon.

PACK 1 IS NOW OUT! THE NEW WAVE IS HERE!!! Also I think I'm going to abandon the SIDE A/SIDE B idea and just keep things simple. PACK 1 will be all originals as PACK 2 will be all BEMANI but after that it will be a mix.

I'll upload these single file once the category is up.

Also made a Pack 1 v2 update that fixed a few errors. I've updated the download link so you will just have to click on that to get the updated/fixed pack.

Single file downloads will be up later.

BIG UPDATE: So after some long and hard thought, I think I'm going to ditch doubles in this project. I kind of thought I'd get into the swing of them and honestly have yet to get to that point. I also don't think there's enough players to justify the time and effort to making double charts. It's pretty much THE reason why these updates are taking so long. I'm just super unmotivated to do them and if I'm making charts not because I want to but have to, it makes it feel like a chore. Thought I'd learned more last time I tried it with PandemiXium X, but I'm still in the same cornered rut.

Also I know I'm behind on the single file uploads, those will be up soon.

HOWEVER, I do not leave you feeling down and gloomy, there is good news to share. A NEW EVENT! And let's just say, I'm not alone this time. 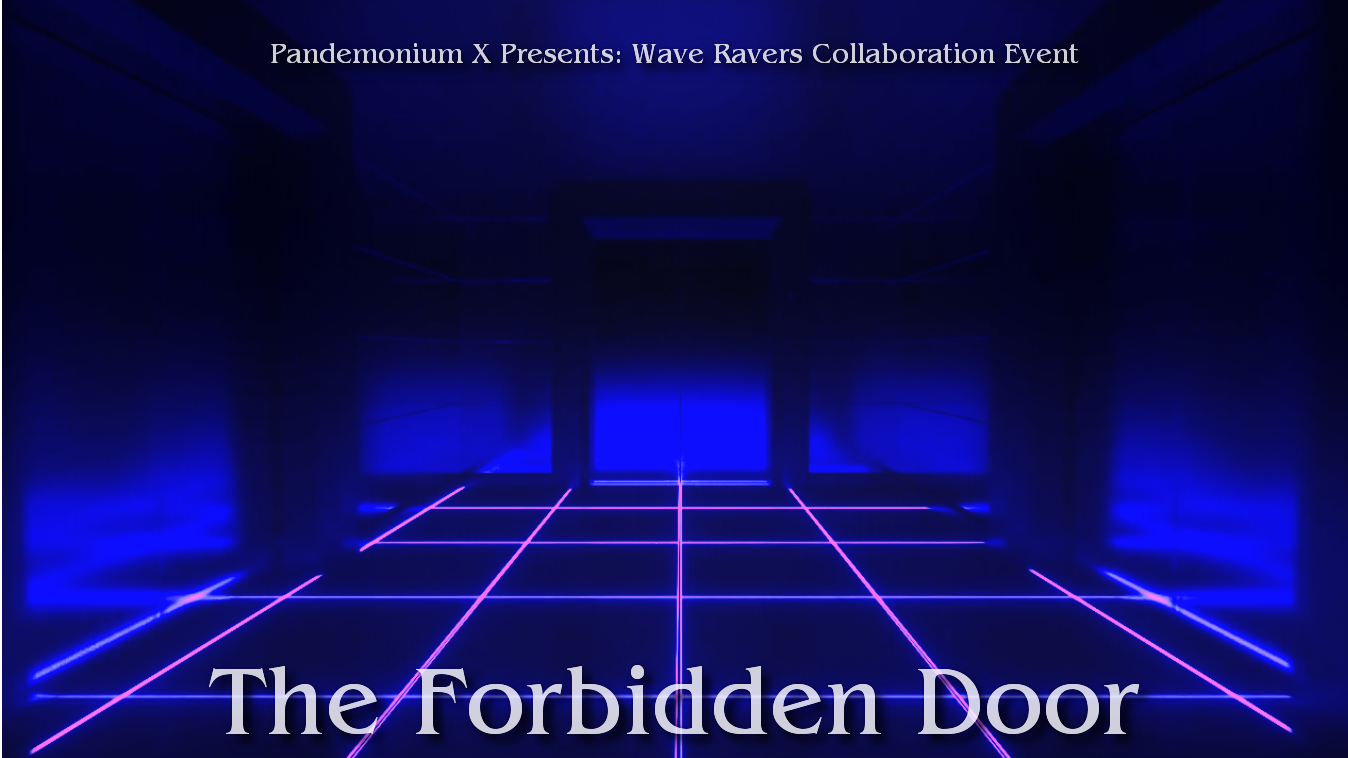 I wonder what kind of other simfile artists will be on the other side?

UPDATE: Single files for PACK 2 are now up. I think what I will do is have a delay between pack downloads and single file downloads. This way it encourages people to download the packs and try out the files they otherwise would skip over.

Once Pack 4 is released, Pack 3 songs will show up in the category. Just trying something out here.

Wave Ravers PACK 5 is out!

Also every file so far is now up for single download in the category. So that is now fully updated. The only thing I will point out is -65℃ had to be a custom zip due to the song tile not playing nice with ZIv's autozip. Also for some reason the custom zip would not upload unless I uploaded it without the video.

Might make a "Everything so far" pack soon too. And Wave Ravers final count will be 75 songs.

Quote: Pandemonium X
I wonder what kind of other simfile artists will be on the other side?
OH MY GOD IT'S MINORU SUZUKI 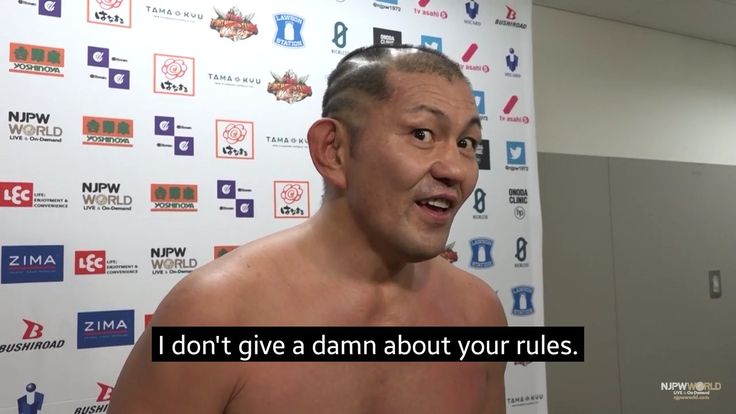 Pack 7 is up and in the category as well.

Pack 8 is up and the new songs are in the category.

Few changes. I've decided to go back to single file uploads. The reason being I don't have as much free time anymore and I feel like this way each song gets their time in the sun and not lost in the shuffle.

So without a due, new file. 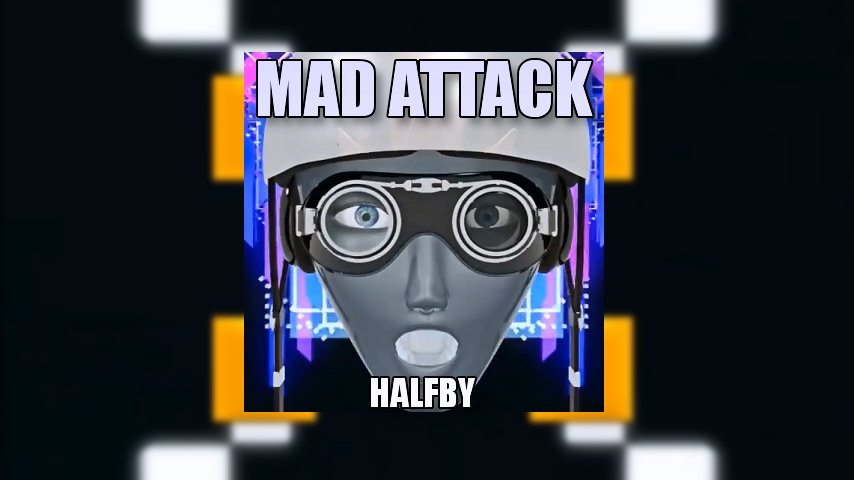 Last as you may notice, I have made a Youtube channel dedicated to my simfiles! You can check it out here. https://www.youtube.com/channel/UCJTUORRXPZNWna_3qTTB3CA.

no new song but an update.

Update on this. I've decided to retcon Back 2 BEMANI as I feel with Wave Ravers, Summer Contest, BEMANI 7 MIX and DDR XX, trying to juggle 2 personal projects is going to be too much at once, so we're back pedaling. I still plan on wrapping Wave Ravers at 50 songs but I do have something for you... 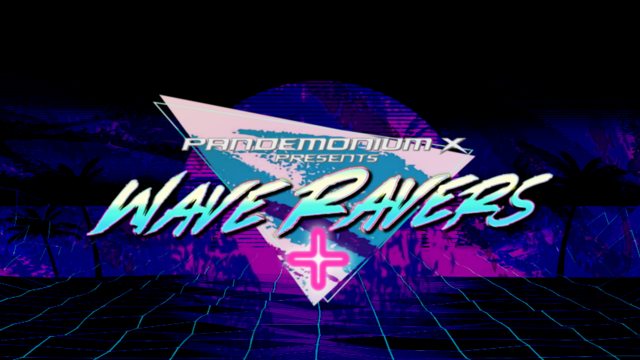 This will be a mega 25 song update that will happen after Wave Ravers. Since this will be a massive update, don't expect it to come out anytime soon, but I got to finish the vanilla Wave Ravers first.

75 total songs when it's all said and done. 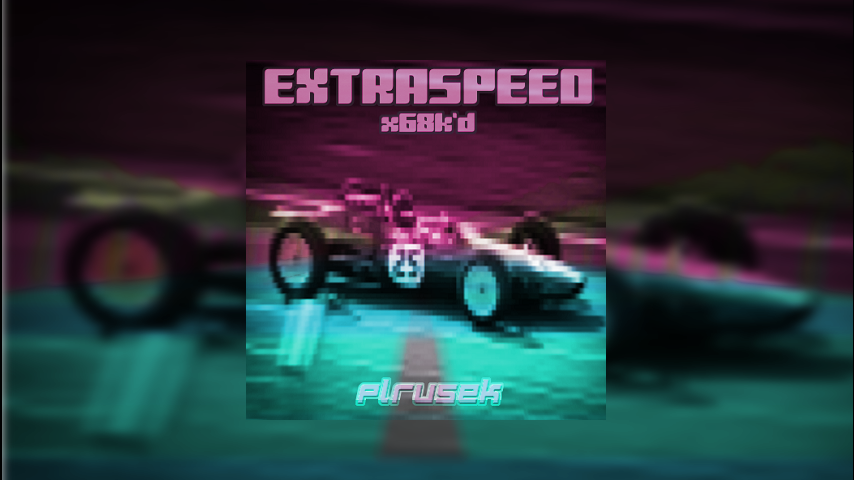 Next update will be the 4 songs in Back 2 Bemani and some BGA updates. 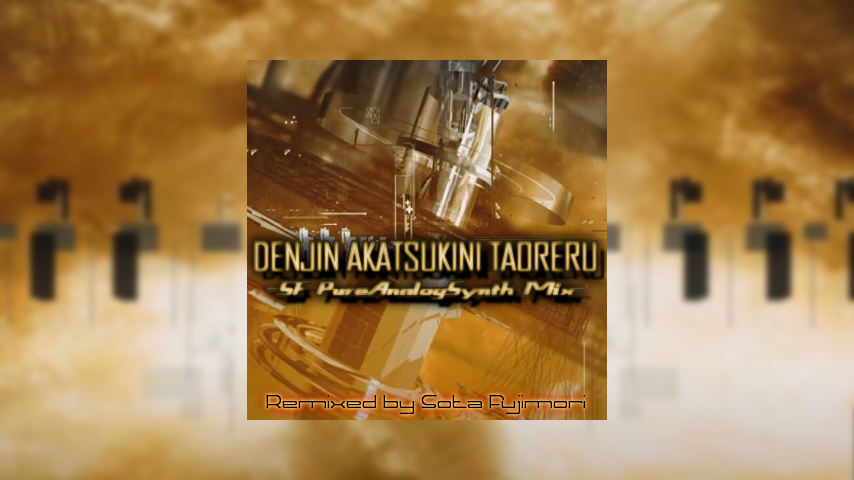 Also added the 4 Back 2 BEMANI songs into this pack.

and background video updates for 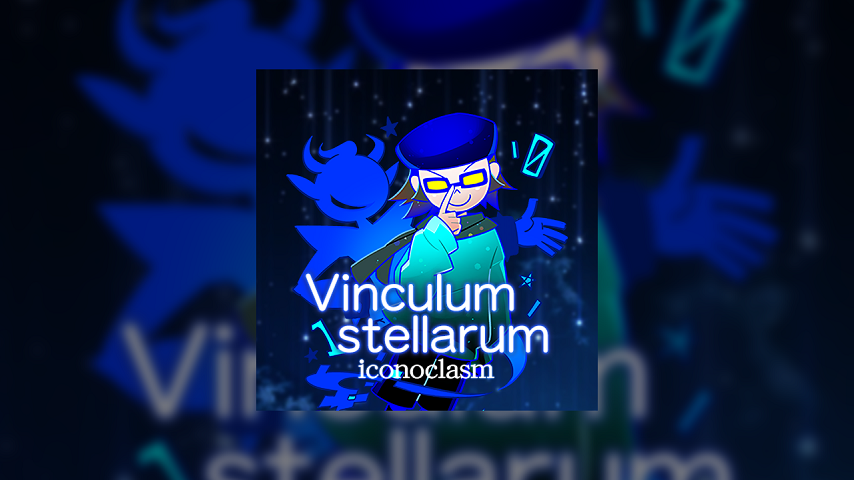 2 more songs left that I might release at once, so next update might be the final update for Wave Ravers until Wave Ravers + is released.

Also debated bringing back my Simfile discord and putting updates of Wave Ravers + there. Not final on that yet. 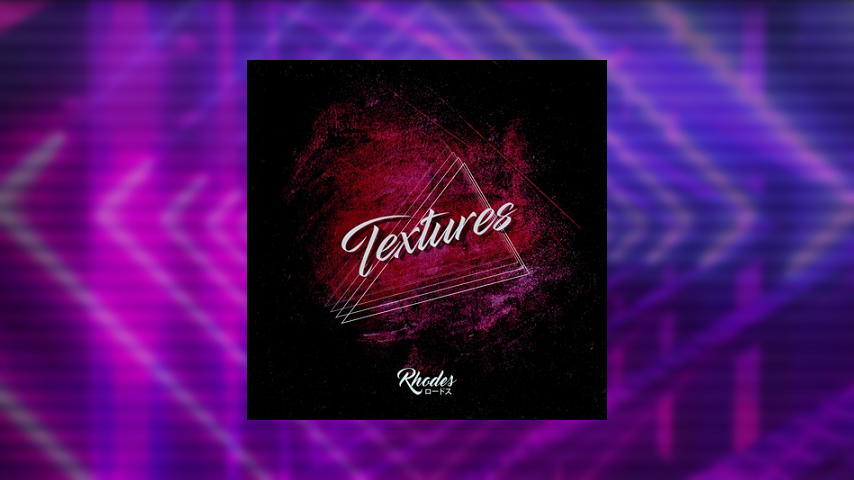 Next update will be the final update for Wave Ravers (not counting +). 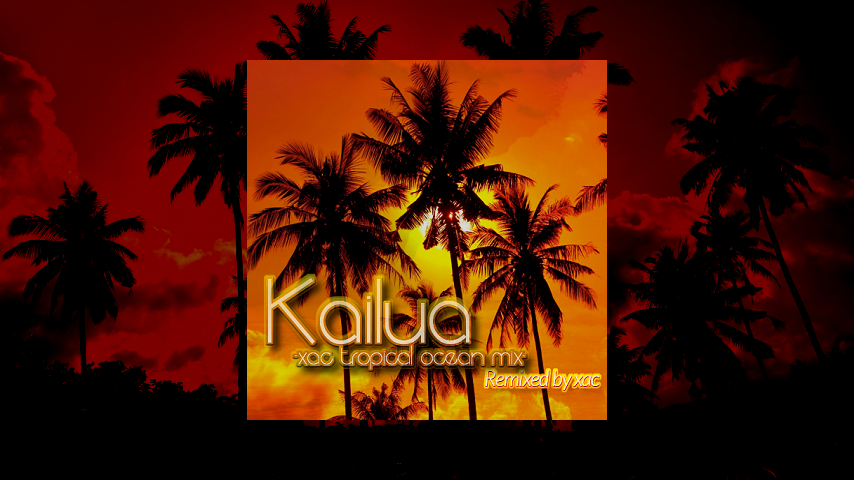 
And with that Wave Ravers is complete.

Thank you for playing, come back soon for Wave Ravers+!

CATEGORY ─ THREAD
Register Log In Back To Forums