Interface customizations apart from Frames and BGM will also transfer, which is the first time IIDX has done this (previous versions reset those as well, requiring players to repurchase any customizations they had).


Quote: midnightclubx
PSA: according to the website, update is gonna go live at 7:00 (AM?) on the 13th in Japan Time; in other words, that would be 3PM PST on the 12th here in the US. Also, today's the final day to spend your MOG currency! I made sure I blew it all on getting Qpro parts, so I got this sweet rainbow sword and shield. : P 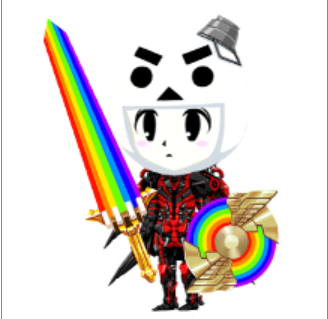 Also. Wonderful Escape sounds like a sequel to Last Century Melancholic and I'm all for it!

So for me, since I won't be able to get to Round1 until Friday at the earliest, anything I buy with MOG between now and then will carry over. Though at this point, spending MOG on unlocking songs is probably pointless, unless there's something in that purchase list that CastHour does not automatically unlock (this happened with REVOLVER and DropZ-Line- from Rootage to Heroic Verse, they were buyable in Rootage, but not made default in Heroic Verse).

It is officially out!
deez nuts

I'm heading down to R1 as we speak! Hoping that by the time I get there, the cabinets will be fully updated. : P

I'm currently watching a CastHour-only song selection stream, and I just noticed that every note in the middle of an MSS counts as 2 notes, as if an end of the first BSS is the head of the next BSS... I thought that it would only count as one note per mid-scratch.

First impressions I have are that at least a quarter of the songs are pretty dang good (As I mentioned, Tail Lights, Purple Perplex, and the new Toriena songs are my highlights, so far); the MSS notes don't feel too gimmicky, though they are a bit of a pain in the harder songs, so learning to play the keys one-handed on some parts of a song is going to become very crucial as we see them appear in more songs.

No unlockable songs from what I could tell (there isn't even an announcer, this time. 8I ), and obviously no special events yet. Class mode goes up to 8th Dan, and it's super nice I got to keep my frames!

The hit charts are untranslated, but it's still pretty cool to see which songs are popular at the local R1, which kinda takes me back to when you'd see those popular song sorting options on DDR Extreme, back in the day.

UPDATE: I briefly watched a Japanese stream, and apparently there is an announcer. Why didn't I hear her when I played it? Did they make it only for the Japanese language? Are they going to be adding an English announcer soon?

Update #2: Can we talk about how cute the BGA for Dream of Space UFO Abuction is?

How perfect is this. Shame we can't get it here!

Quote: midnightclubx
UPDATE: I briefly watched a Japanese stream, and apparently there is an announcer. Why didn't I hear her when I played it? Did they make it only for the Japanese language? Are they going to be adding an English announcer soon?

Are you playing on a EN language? Cause you can still hear the announcer even on a different language. The announcers now has three when i saw the other stream. The announcers in Rootage all up to BISTROVER had two, & they are the mascots who have been voiced since the ROOTS26 audio drama.

As for the ENG announcer...ehhhhh it might not end well since they need a professional English voice actor for that. & even then its gonne sound awkward.

Tail Lights use an unique video instead of the generic one.

Quote: midnightclubx
I actually wrote in the survey that when we get to IIDX 30, we need to see a remake of BM Complete Mix or something special to mark the occasion, since we kinda got lowballed by not much happening with Beatmania's 20th anniversary, a couple years ago. >>

it will be fun