it's that time of year again
Quote: Trip Machina
Insanity on a flatscreen!

Looks like streaming is the theme, this time? Pretty interesting!

It's real IIDX CatHours who up

at least we arent eating anymore

The theme/color scheme looks like 9th style, 10th style and DistorteD had a baby. I’m liking it. I just hope the music itself will be more interesting (I can already smell an awesome Dirty Androids track). 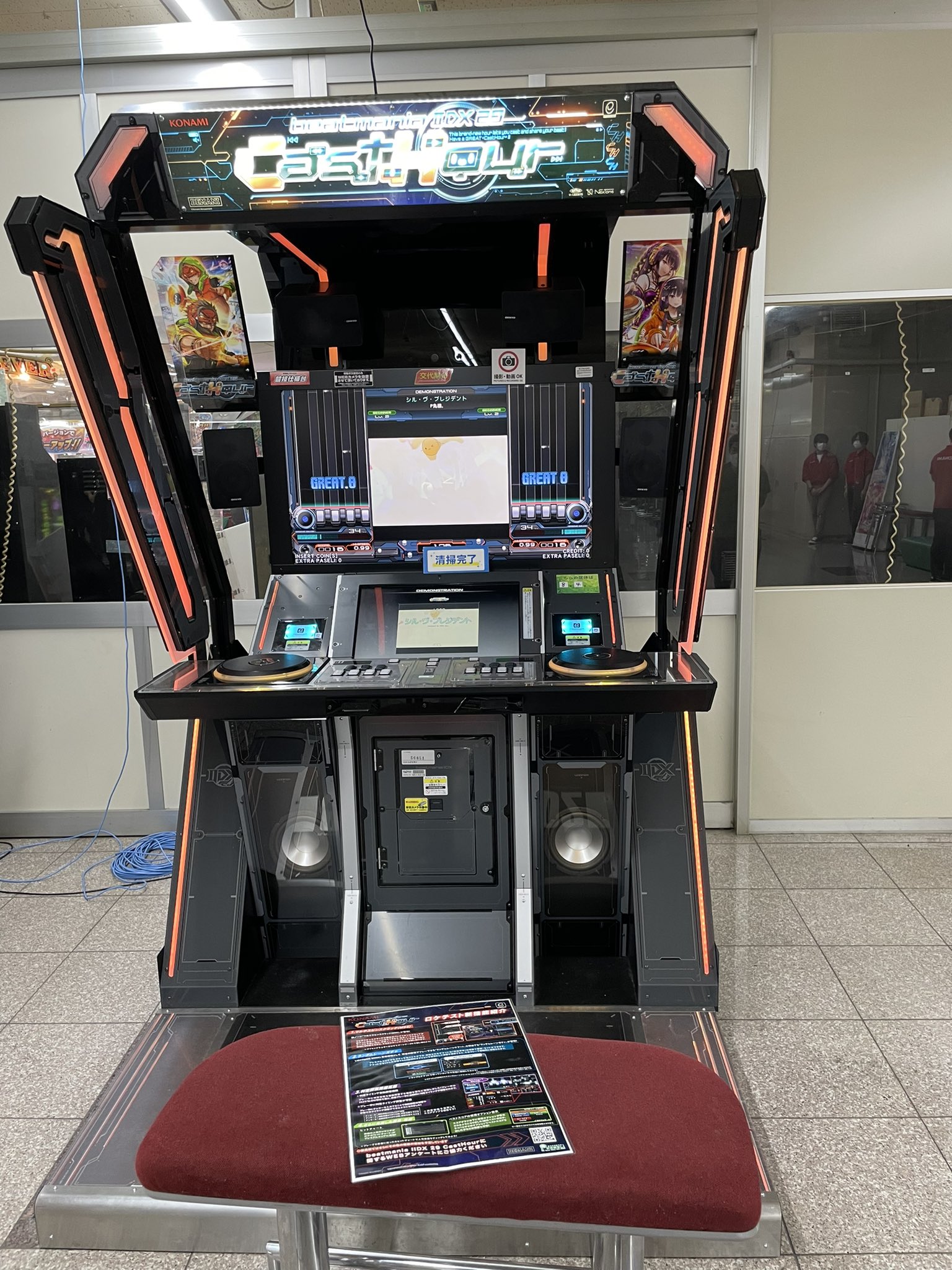 Orange you glad the color of the lightning cab lights is different? ;P 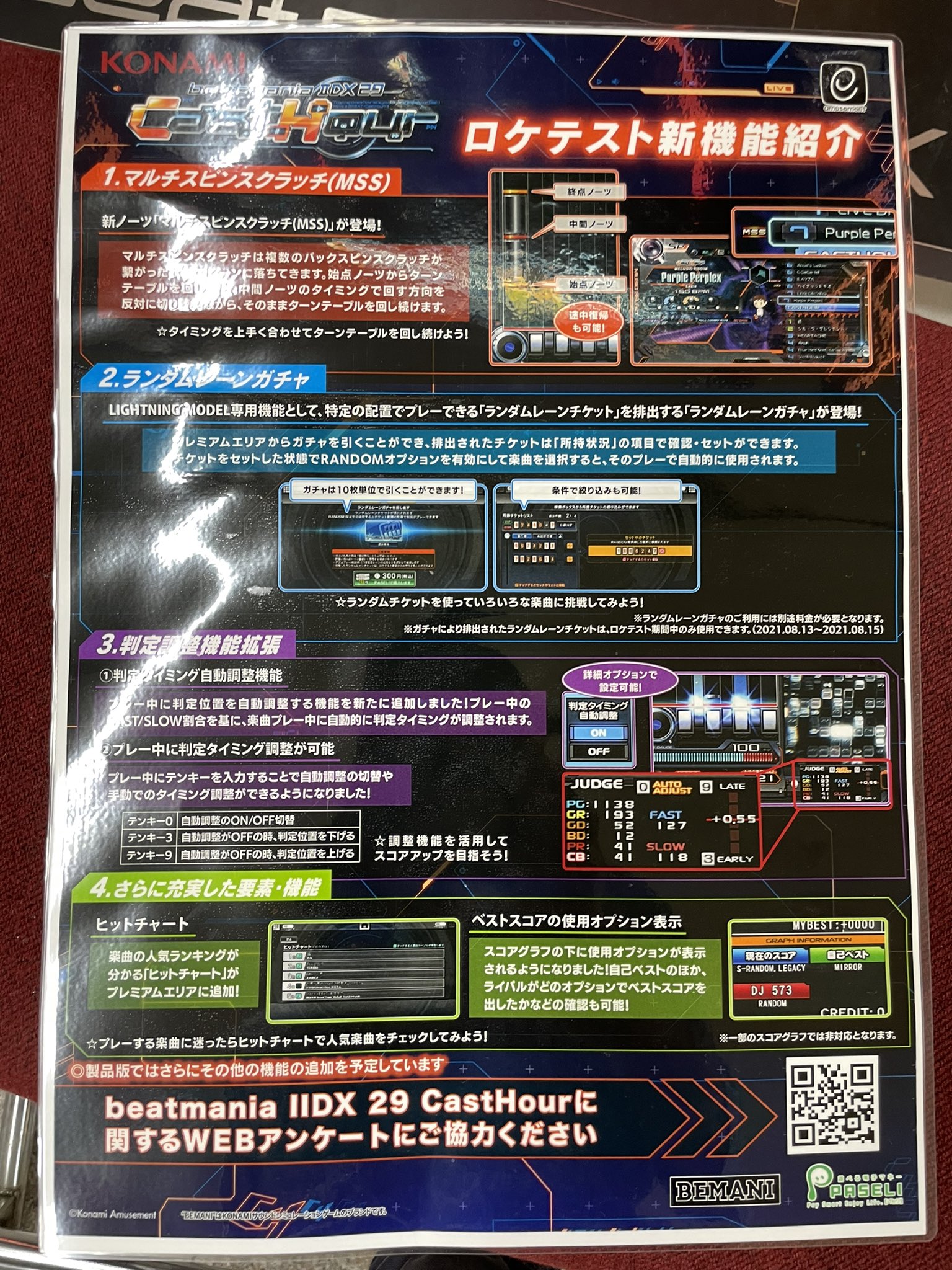 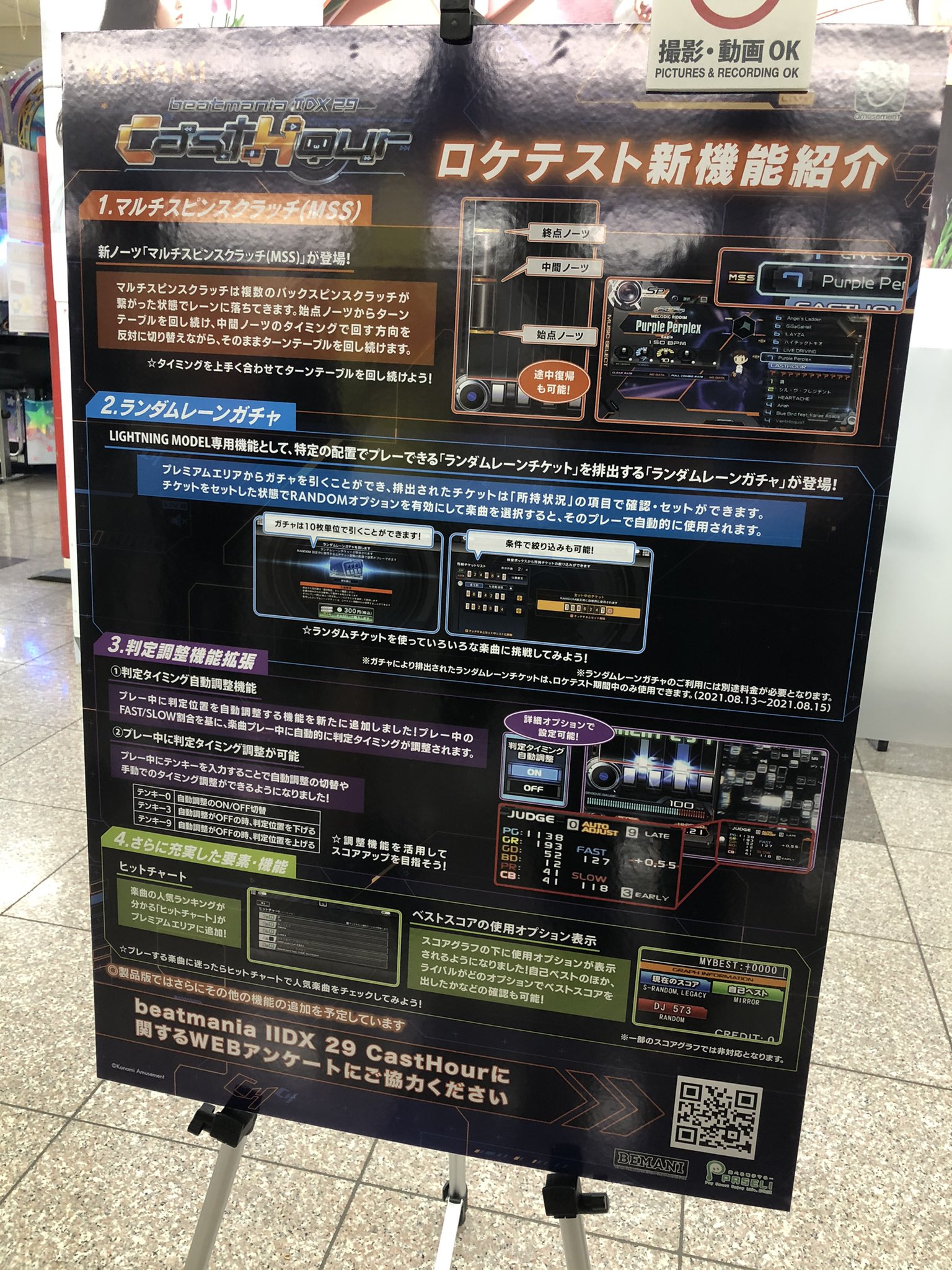 I
NEW FEATURES (according to RemyWiki):

- New scratch type introduced; MSS, or Multi Spin Scratch. You must hit the scratch a certain amount of times in the same scratch. Each scratch counts as a note.

-Adjustments for in-game FAST/SLOW settings, as well as an AUTO ADJUST option, have been added. This option can be turned on or off at music select. (Pressing 3 adjusts FAST, 9 SLOW, and 0 turns on AUTO ADJUST.)

- Random lane gacha (ランダムレーンガチャ) tickets have been introduced exclusively for LIGHTNING MODEL cabinets and can be purchased with PASELI. When used, a specific RANDOM pattern can be chosen

- A hit chart can now be viewed on the Premium Area on LIGHTNING MODEL cabinets, showing which songs are currently the most popular.

-Rival data now shows what mods they used under their score graphs.

Menu music sounds like it'll be a banger! (first one with vocals?!)

Songlist I can see so far:

So, first impressions with the limited info/video/pics I've seen so far. I REALLY love the aesthetics and colors for this theme! It kinda reminds me of 10th Style mixed with 8th Style, and I like the idea of a multi-scratch note; it sounds kinda like those multi-step notes in StepManiax.

If I see anything new that hasn't been posted here before, I'll add on to it.

-
Konami just released a survey that even people who can't join the location test can answer (you have until the 18th JST)!
https://www.konami.com/amusement/topics/20558/

DJ Mass MAD Izm* will abuse the new MSS notes for his next song, calling it now.
5l1-STEP Series: 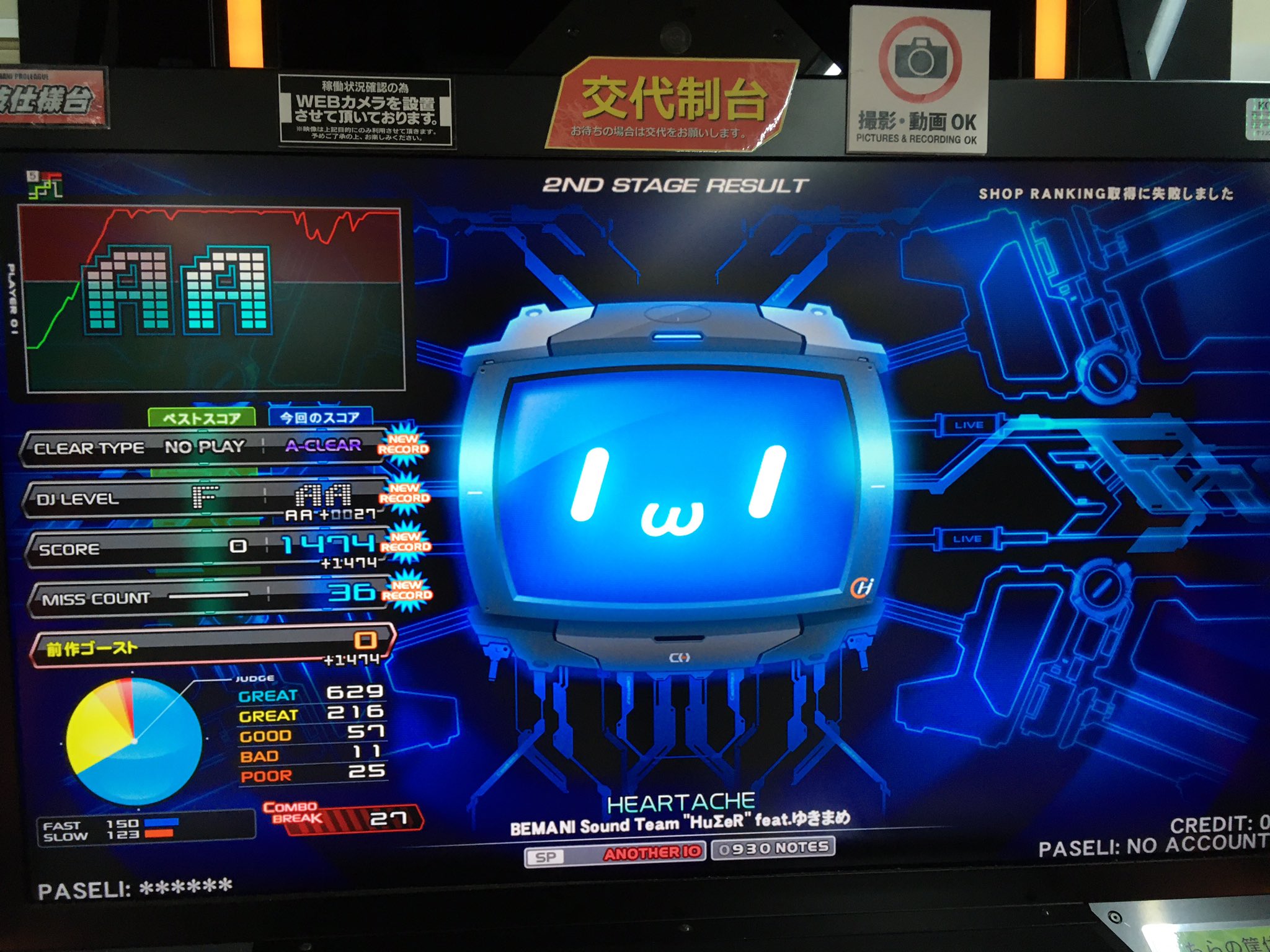 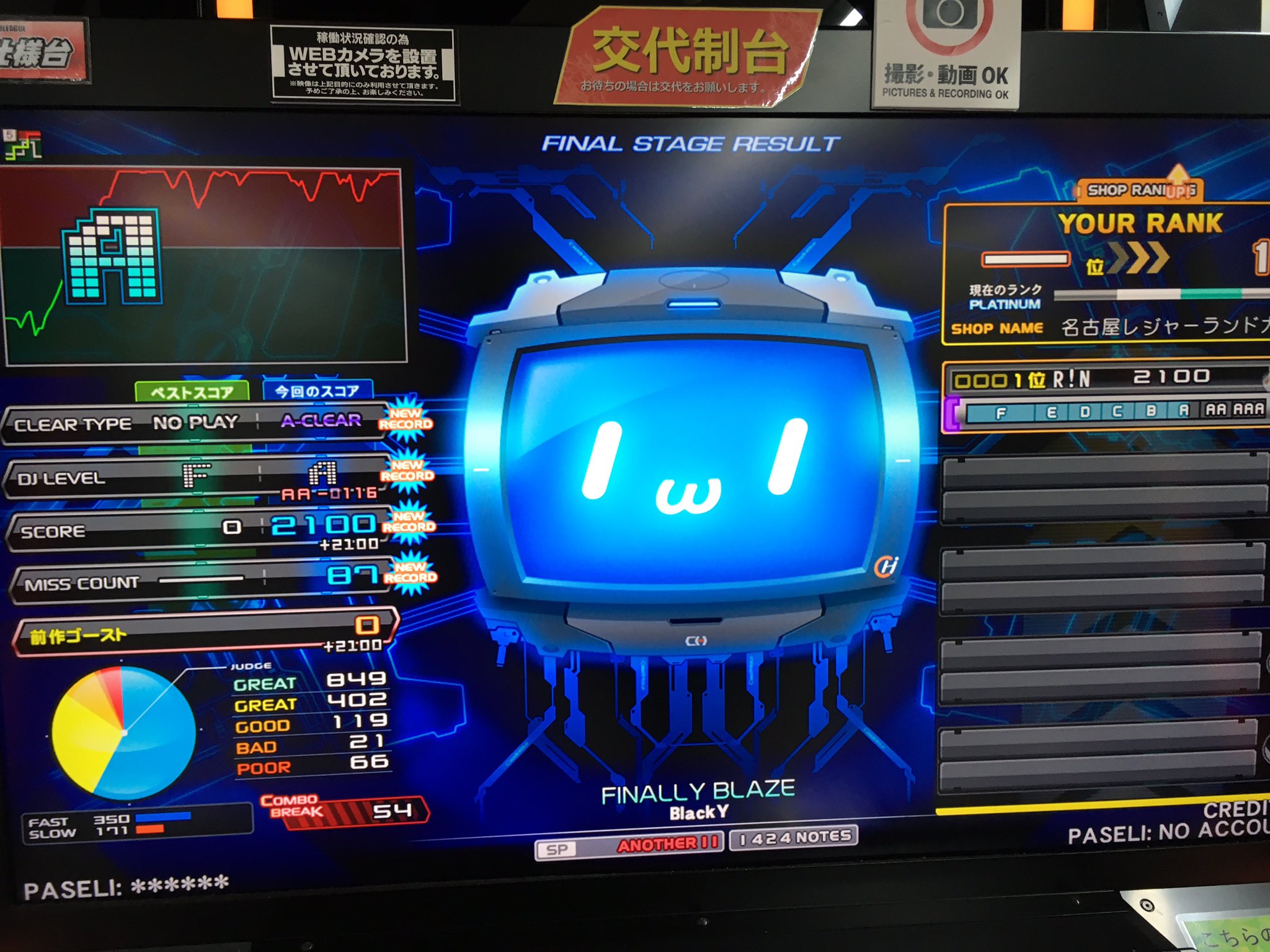 Loving the colors and the system BGM this style is giving me a good first impression. Kors K did a record 11 songs in BISTROVER, will he beat his record here? I didn’t realize he was involved in so many songs there because he’s so consistently good. IMO far better than any BST artist and a treasured contributor to the franchise.
Serpent is my hero

It's so weird seeing a location test that allows everyone to take pictures and videos. The new scratch gimmick kinda looks like the old required scratch in bm's free zones

Is there any news on which songs are getting removed?
Custom DDR background sequences

The Multi Spin Scratch sounds fun. I also can see DJ Mass MAD Izm* taking full advantage of that (I hope he does, and just hope he returns in general). And it’s great to see satella in IIDX.

Last updated: 2021-08-13 03:44am
Quote: GhostSpirit
It's so weird seeing a location test that allows everyone to take pictures and videos. The new scratch gimmick kinda looks like the old required scratch in bm's free zones

Is there any news on which songs are getting removed?

Maybe Konami finally realized that people were going to leak out most of the new stuff coming to the game, anyway, so they figured they might as well have the info everyone's after out in the open. Could also be because not a lot of people (even in Japan) are able to go to the location test, especially since case rates are getting pretty bad in the country.

Anyways, that's exactly what I thought, with the multi-scratch notes! Hopefully it won't be long until we can see footage of it in action (do you have to scratch with the beat, or can you rapid-fire scratch?)

With this footage, we finally understand how MSS works; basically, it's a backspin scratch with notes in the middle, so maybe you have to continuously move in opposite directions with each note until the backspin part finishes.

Last updated: 2021-08-13 04:31am
edit: on second thought i'll keep track of removals on the next page so as not to have it at the very bottom
Register Log In Back To Forums