Okay, back to mellow professionalism, I'm thinking. (I'm still personally very proud of my last file though, it's crazier than anything I've done before and we should all be allowed one chaotic venture, right?) 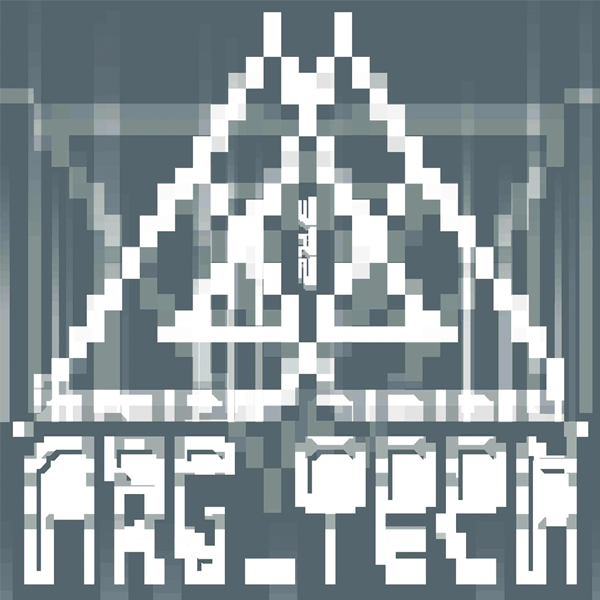 
From the rhythm game Cytus II.

Please enjoy a nice and practical dance to a fun song~ 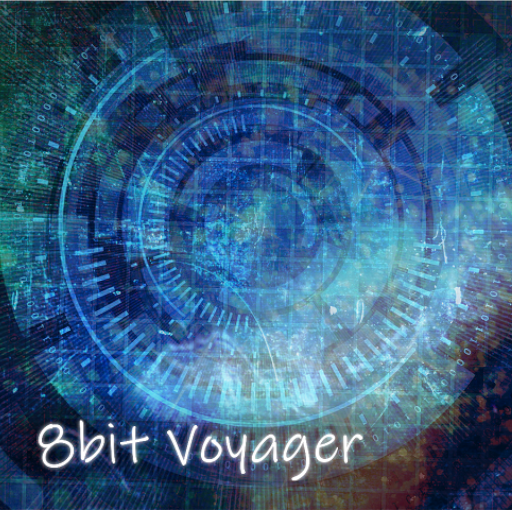 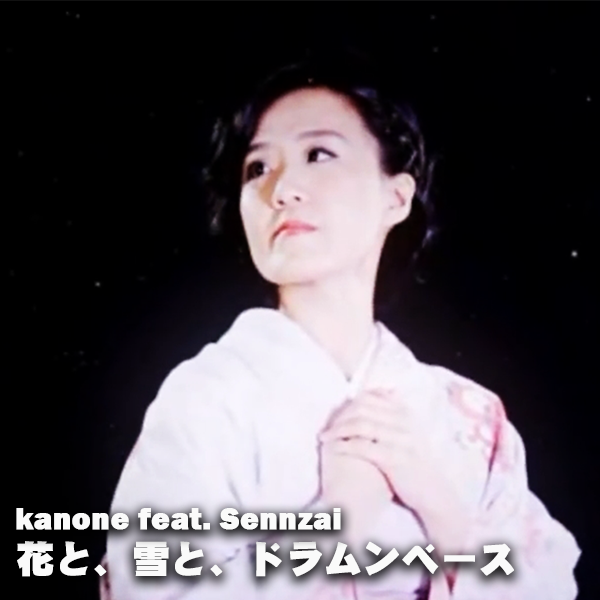 16
Again like round 2, I don't have much time to work on something so I submit my old WIP and call it a day.
Currently rebooting everything. If only I could change my username.

Guess who submitted another Sakuzyo's song? 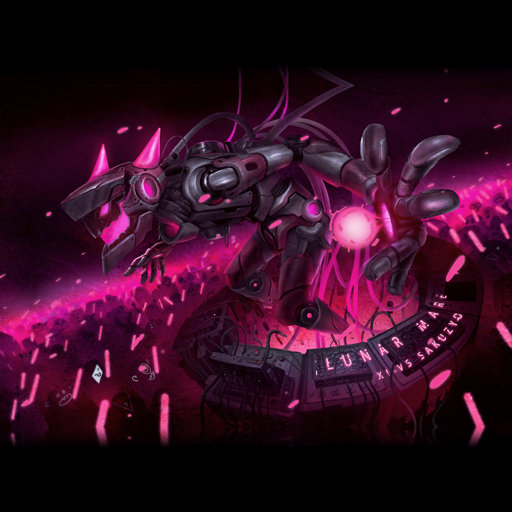 Posting my feedback for this round:

- Sync is late
- You NAILED it with the gimmick at the start. Only thing I'd change is increasing the scroll speed up until the first jump freeze to make it more comfortable to play

(CSP)
- Although the majority of the song is covered with 16ths and 24ths, a few spots (e.g. b93, b176) do stray away from that. I do wish charting complex rhythms to their fullest, most accurate potential were more of a thing in DDR-style charts, but alas...
- That being said, I was surprised by how natural the chart felt to play. Betrayed my expectations in a good way!
- Patterning rhetoric seemed pretty consistent for such a chaotic song. I do think you could've gone a little crazier or more complex in the last 1/3 though
- I may be biased but I want to reward you for this adventurous song pick

(ESP)
- Basically the same feedback I'd give to CSP. Not as exciting of a chart to me but it fulfills the niche of having a chart in this difficulty range reasonably well

(CSP)
- m9~, m41~, etc Some more jumps could've added a good spice to these sections even more imo. Since the kicks (is that what they're called?) go hard here
- Good use of jump -> gallops in the chorus
- m35, m62 Ouch, such harsh difficulty spikes. If you're going to put measure long runs like this at least keep the patterning easy, Would honestly be an easy 15 or even a 14 without these two runs
- I like the chart but this is so unbalanced lol

- b143 This doublestep hurts
- I actually enjoyed this a lot more than I was expecting to, despite the repetitive nature of the chart. I appreciate what you were trying to go for here
- It could still use some patterning revisions for comfort, but you're definitely getting better with every chart you submit

- 15 imo
- Seems like the instrumentation uses 192nd swing, making it a little jarring to play with 24ths. Makes sense for a DDR style chart but personally I like when quants are charted accurately (as long at it isn't absurdly uncomfortable). Would recommend checking out the waveform
- Vocal portions sound about right though
- Are the shocks indicating footswitches? Imo would be better to use a single mine as a cue; this one cuts it too close to the arrows be used as just a visual cue
- Imo cut it to just one verse and one chorus to keep the chart from feeling like it drags
- Patterning otherwise looked quite fun! Everything flowed quite naturally
- Love the experimentation in this chart; unfortunately not all of it landed. The central gimmick in particular is very uncomfortable to execute as intended. With some revisions this could be really good though

- A bit early
- m17 Great use of (loose) pitch relevancy here
- m40 Rude doublestep (or a rude spin???)
- m45~ Very hot patterning that accents this melody well. I'm a sucker for forced doublesteps like this
- b218 This rhythm feels kinda funky
- m60~ Love the way you built on the earlier patterning by using jumps w/ the twists! Good work
- Great use of jacks all around

- Some rhythm choices I didn't like, but the chart was paced well and included a lot of cool patterning phrases. Included just enough of the 'puzzle' element of DDR charts to make it worth coming back to over and over again as well. Great work!

(CSP)
- Probably a 14
- Some wubs in the drop feel slightly swung. Could make for a cool source of difficulty
- Consistent VanEden quality. My only semi-major complaint is that I wish you did something new with the patterning in the second drop

(ESP)
- Dotted 16th jack patterning in the intro is pretty cool, especially stands out here vs. in the harder CSP
- Prefer how this chart 'developed' vs CSP. Very clean

(CSP)
- b54.5, b70.5, etc Nooo you could've used 24ths here
- Patterning looks pretty fun, but I feel like you often deviate from what's going on in the music for no apparent reason. Makes the chart feel a tad messy and 'blocky' for lack of a better term
- Well-paced!

(ESP)
- Good chart. The 16th rhythms in the first half and the use of jacks into jumps give it some character
- m61~ Idk why you chose to leave this section so empty though

(CSP)
- m20~ The polyrhythms and freeze doublesteps were intriguing to me, but the rhythms were a bit inconsistent (sometimes going to the kicks in the background, sometimes only going to the lead synth) for no discernible reason. Would be even cooler once this gets cleaned up
- Nice lateral motif
- I see you ramped the rhythms up a bit towards the end, but I do feel like you could've increased the patterning difficulty a bit as well to help build difficulty even more. Although on the other hand you ARE rather limited by the song structure...
- Not as strong an effort as DAYWALKER imo, but still a distinctive chart with some interesting ideas

(ESP)
- Nice use of that one jack 16th pattern I don't know how to describe in places like m11
- Stood on its own surprisingly well imo despite sharing most of its structure with CSP. Good job
- Similar thoughts to CSP (specifically in regards to pacing)

(ESP)
- Personally didn't find this chart necessary (kinda like IMANOGUILTS ESP vs. CSP); largely felt like a slightly watered-down version of CSP without the distinctive bits

(CSP)
- Rhythm choices in the intro feel a bit inconsistent in what they go to
- m25~ LOVE this pattern motif. Feels very fun to execute despite being comparatively easy; plus it's slow enough you could feasibly spin it
- m33~ not sure why you didn't pick up the 16ths in the background
- m57 Feels unintuitive to hit this as intended; bad kind of ambiguous
- FS and SS patterns are very cute
- Jump usage feels a little confusing at times
- I feel like there are a lot of cool patterns in this song that are marred by inconsistent execution. This could've been a 10/10 imo if it underwent some revisions. Right now it feels rather messy (pacing-wise as well as patterning rhetoric-wise) Kinda torn on what I should rate it for that reason

(ESP)
- Respect the 'free-flow' style you got going on here. This chart didn't wow me by any means but it's good for what it is
- Nothing else of note to say for this

Unfortunate that Angel's Salad was so divisive. Really good efforts from everyone this round!

Quote: tak on Gimme x Gimme
- 15 imo
- Seems like the instrumentation uses 192nd swing, making it a little jarring to play with 24ths. Makes sense for a DDR style chart but personally I like when quants are charted accurately (as long at it isn't absurdly uncomfortable). Would recommend checking out the waveform
- Are the shocks indicating footswitches? Imo would be better to use a single mine as a cue; this one cuts it too close to the arrows be used as just a visual cue
- Imo cut it to just one verse and one chorus to keep the chart from feeling like it drags
I do know it isn't that accurate to use 24th, but I'm also minding the visual aid from snap colors as from what I know 192nd doesn't get any different from other like 96nd 128th this might be just me not knowing stuff but is there any noteskin showing different color for every quants available? Would really help in a long run

Yeah, I guess doing shocks with little reacting time for it was overkill. My thought back then is how to force the player to do the footswitch and since you need to at least jump a bit to reposition yourself, shock would be effective.

I was thinking to cut into just the first verse but then I think it went too short (i remember it being 1:20 IDK I haven't checked it again yet) so I'm doing the second one also.

Also I think my difficulty rating sense a bit wacky misfiring here and there
Currently rebooting everything. If only I could change my username.

Round 4 Feedback added (this early?!?!)
Had to play

unless you tell me you put a lot of effort into your lowers.

Feel free to defend yourselves (by PM or Discord - t7r#3039) before I submit my votes Friday.

Quote: tsugaru7reveng
Please tell me you still submitted for BEST-mix because this file shows potential that you can rank high in there.

Didn't I submit something in there? They said they received my simfile. Also, shouldn't they have everyone's submissions by now?

Last updated: 2021-04-29 12:39am
Good, but that's definitely for another topic, and I wrote that at the time when BEST-mix confirmed 3 people didn't submit lol. And feedback as vague as that from myself usually means the same thing I've said about forcednature's last two files if anyone was noticing a pattern.

Quick reminder for everyone to VOTE on Round 4 until tomorrow 1PM EST if you haven't. A lot of votes are still missing, and if you don't vote, you don't get any points from the voting.
forcednature's misc. (simfiles) | YT channel | My most recent files:

This concludes Round 4! Once the finalists are revealed, the Final Round will begin! A minimum of 6 finalists will battle to be made leader of the galaxy. Best of luck everyone!

Sorry I'm late with this one guys, I kinda forgot to write something out today. Do not worry, I'll have some lore out by tonight! Stay tuned!

That's all for now! Best of luck in making the second cutoff!

RESULTS: ROUND 4
Click here to view spreadsheet
Please correct me if there are any mistakes!

Welp, you know what that means. Final Round starts now! Congrats to those who made the cutoff, and to those who didn't this time around, thank you for playing! Hope to see you next contest! 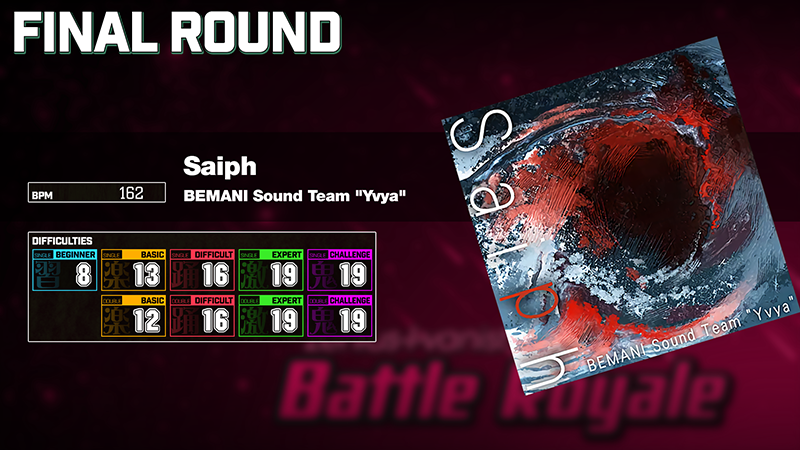