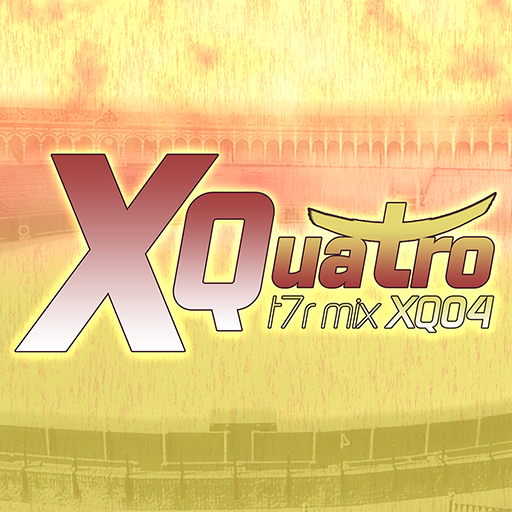 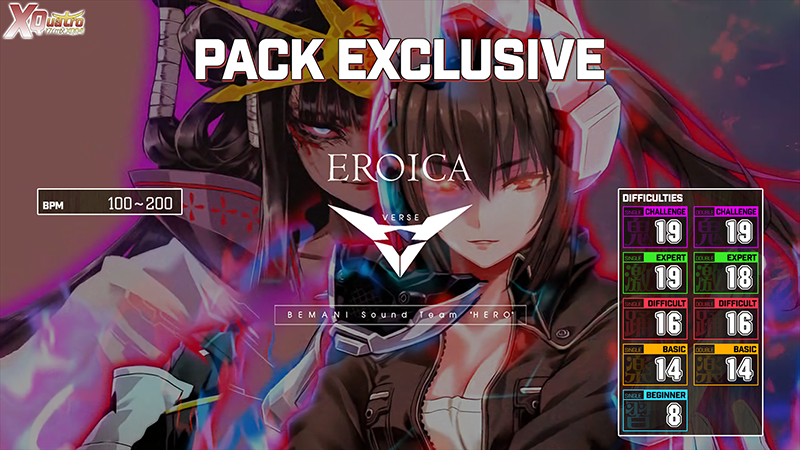 Details:
- Yes the logo says "XQuatro" but is still technically "XQ04".
- For packs, the ZIv pack will consistently be updated while the external packs will be updated each time a boss song is out. I hope to keep this even more organized (especially the season numbering) than XQ03 was.
- One season has two parts, unlike XQ03 that exceeds two. Each gradual update stays in the same season part; i.e. this is a similar approach to how I pulled off XQ03's last season update. So if 4 songs are released now, and another two songs get released the following week, they're still both under 1.1 until the boss song/s drop.
- Season 1 will have 48 songs (including 3 bosses, 1 pack-exclusive). Season 2 will have less than that (final boss pack-exclusive until the first few songs for the next mix appear OR 3 months, whichever is lesser).
- I'm closing suggestions for the meantime. Will reopen in the near future.
- Simfiles I enter for contests (except those marked with colors other than gold next to the jacket) automatically end up in XQ04 some time after the contests' end dates unless disqualified which will be released immediately. Simfiles I contribute for community packs (except a select few) will end up in the next mix.

Spotify Playlists:
- XQ04 Regular Song Selection - gets updated as the full set of charts of a song is done!
- XQ Series Suggested Song Queue - gets updated after I read the song suggestions, if the song is available in Spotify that is

Also keep those suggestions coming! I take note of them in the playlist.

download PISSCORE -the pack- here! || check out my files here!

Newest part of the default songlist:

Details:
- Bua Yeu suggested by K-Step/iamthek3n way back in the XQ03 thread
- Rejection Girl has Doubles
- The other two SC2020 songs now have

charts.
- Dum Tek Tek's BPMs from the competition have been retained. There was actually a need for me to say so since I don't usually do speed gimmicks like that lmao.

Additionally, the website is under construction and only the XQ03 and XQ04 songlists may be viewed. Gonna spice that up with better-looking pages maybe in a few weeks.

Also giving everyone else a chance to decide on that fourth song. Anyone with a Twitter account may vote here.

Choice notes:
- Option 1: deleted song in AC but is in INFINITAS
- Option 2: one of the few surviving licenses after XG2
- Option 3: one of the few HV songs in INFINITAS
- Option 4: DECEIT. THE WHOLE THING IS A PACK OF LIES. TO ADJUST TO SOMEONE ELSE'S PACE. **** *****.
All indicated BPMs are the ones that will show up in their respective files. Take out the slowdowns in the last two options those are their BPMs in-game.

Only options 1 and 4 are likely to have Doubles

Revamped website and default songlist pack (12 songs) will be up 2020-09-04. Suggested songs will likely show up after that.

2020-09-01:
Just to keep the default song count at 12, I'm putting in another song in place of 鬼言集 because I don't think I'll be done with Doubles before 9/4. Rest assured 鬼言集 will be included in the update after.
That replacement song is up now.

Additionally, I'll have something involving stuff in this image next week (credit: Lord Toon for the image).

Also I am pleased to announce a new event: 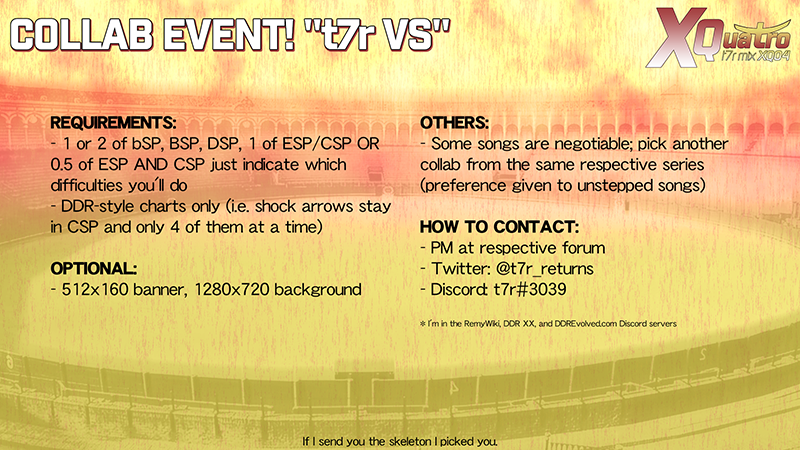 Inspired from the fact that my username is inspired by a "collab" and that I've been doing collabs since 2018. Also SC2020 Week 9 was fun.

Details:
- Full details may be viewed in this page.
- Song choices feature collabs from all current BEMANI titles (REFLEC BEAT in place of DDR) and three international song slots (same criteria as song suggestions)! I don't care what genre it is but if the song sounds good/catchy/oozes DDR potential we go for it!
- First collab file, Queen Kaguya, featuring _|/-\43D, will be out next week!
- Contact via PM/reply here, @t7r_returns on Twitter, t7r#3039 on Discord

Other Notes:
- Song choices are based on 0 results returned in ZIv except As I go.
- The DRS and jubeat songs are negotiable primarily because they aren't composer vs composer collabs. Alternatives are MY NAME IS and Bonjour, The World!!, both collabs and yielded 0 results; let me know which one you'd prefer.
- In the event that one of the songs ends up in DDR keeping an eye on BLAZE∞BREEZE and the collab is not yet finished, we're still pushing through with the collab.
- I'm probably not revealing that first collab marked in ??? until around 2021, well at least moving forward.

Some collabs are still open! Check the event page for details.

Tous le meme says I do not have permission unfortunately.

Z-I-v and external packs now updated with the latest song.

Pack notes:
- VALKYRIAS -英雄誕生- will use the video banner by default in the MEGA.nz with videos pack.
- Only Artist doesn't have a

chart. It will be out when Pandy says it's out (aka PandemiXium Masterpiece TBD).

HOWEVER, until February 24th, it's out individually! So if the image hyperlink above still works then it's still up!

News:
- After the end of Season 1 I'll focus on contests and remaking some older stuff.
- t7r mix XQ02 and XQ03 might get additional pack updates; I'll bump their respective threads when the packs are ready.
- I might bump this thread during the break to post an update regarding the current song suggestions.
- t7r VS event update-- 2 more collabs (an international song and 多極性ニューロンの崩壊による人間の末路) will soon be released.
- t7r time trip page updated.
- Season 2, slated to have probably less than 52 songs, will resume in Spring (earliest April 1st).

EDIT: Apologies for the missing audio for EROICA in the ZIv individual download link. Leaving it public for one more day. Z-I-v pack updated as well.