DanceDanceRevolution A20 PLUS (AC) 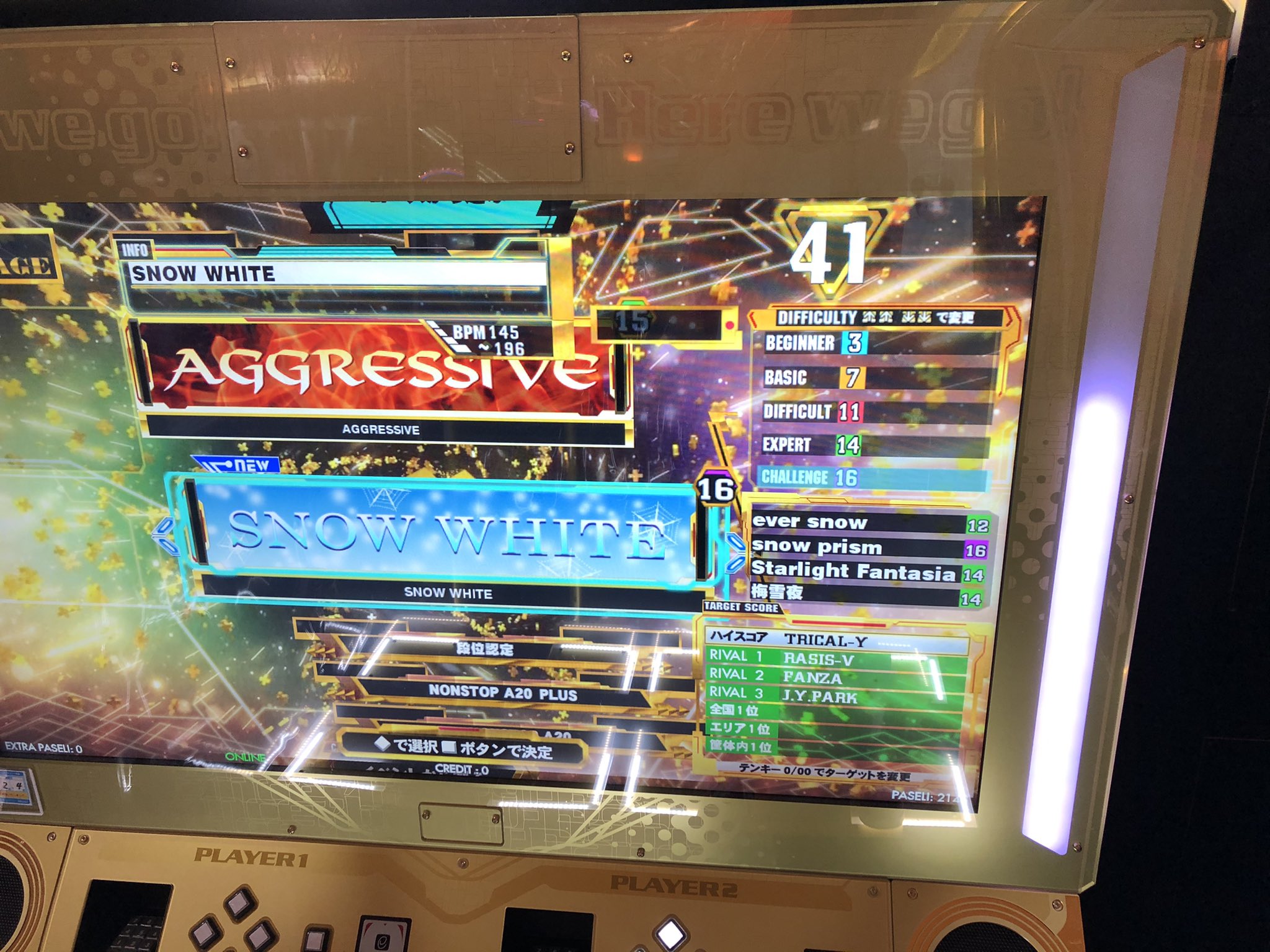 Very disappointed with this one...

Very disappointed? For any reason in particular? There definitely are things I'd have done differently but I think that's right around the level I'd enjoy for that song.
ZIv Mod Squad:
"The Eternal Crybaby"

It's alright. Nothing really to write home about but it'll do. Expecting a Challenge chart to bring in the 12th jacks like it did in Reflec Beat.
ZIv Mod Squad: "Elemental Croatians"
Can you make music? The ZENIUS -I- MANIA team need you!! (Deadline 21, Dec)

I don’t understand how KONAMI “dropped the ball” on BCS. Honestly I watched the chart and thought it was totally fine. I’ve seen the phrase “DDR isn’t IIDX for your feet” being tossed around lately, even by me, because there’s no reason a DDR chart needs to be “undercharted” just because not every single rhythm in the song was charted. As soon as We’re so Happy and BCS dropped I immediately saw talk about how they both need challenge charts and I’m scratching my head and going “...really?” For a 14, the chart is fine and if you look at IN BETWEEN not a single 24th was charted either and we were fine with it.

If it gets a challenge chart, great, but it really isn’t necessary. Y’all gotta remember that DDR charting isn’t the same as other games.
Quote: Quickman
You have successfully disproved one point of 50 that about a half dozen of people have made, feel free to celebrate at the local bar

Quote: hypnoticmarten77
Y’all gotta remember that DDR charting isn’t the same as other games.
Say it louder for the people in the back

Quote: PenTA_
Quote: hypnoticmarten77
Y’all gotta remember that DDR charting isn’t the same as other games.
Say it louder for the people in the back
silly qrunch, text doesn't have a volume
ＲＥＬＥＡＳＥ ＴＨＥ ＤＲＯＮＥ

Quote: hypnoticmarten77
I’ve seen the phrase “DDR isn’t IIDX for your feet” being tossed around lately

Because there's absolutely no middle ground between "undercharted" and "IIDX for your feet" ? No need to toss around exaggerated strawman arguments.

Even for someone like me, it just feels WAY too easy to be a 14, so I wouldn't mind seeing a harder Challenge chart. That's it. I don't want "IIDX for my feet", I just want a more dense chart.

When I hear "IIDX for your feet", I kinda take it in a more literal sense where stepping on an arrow would play a keysound, and the closest we've had was Pop'n Stage. XD

The new songs are not new at all, Umeyukiyo has been released 8 years ago, almost the same for We are so happy.

Last updated: 2021-02-13 04:49pm
Honestly I'd like "Undercharted" good charts more than Overcharted dense-for-difficulty charts like Shiny World CSP. I put quotation mark on Undercharted because I don't even think BCS or Umeyukiyo is undercharted.
Currently rebooting everything. If only I could change my username.

Aside from just adding a few more 12th notes to make the existing 12th note gallops into short runs, I honestly don't know where I'd meaningfully add any more arrows to either song in question.
ZIv Mod Squad:
"The Eternal Crybaby"

It's fun watching people complain about 14s when they weren't even common until DDR 2013, lol.
My Simfile Category

Last updated: 2021-02-13 11:27pm
There's rarely a time when I think we can all agree a chart just isn't hard enough for the song it goes to. I don't think this is on the same level of undercharted as, say, Disappearance of Hatsune Miku. MAN, was that a disappointment.

We all know DDR charting isn't the same as other games but I don't think that's not the point, nor do I think people just want IIDX for their feet. The longer a series goes the more people will be really good at it, and it's probably easy to feel underwhelmed when the only work on a brand new chart there really is to do is improving their MA on it because they PFCed it on their second attempt.
Quote: somethingrandom
Do you ever just shoobidybaggidyshoobidybaggidyshoobidybaggidy?
Quote: Quick Man
No, we call them "crisps" in the UK.

Quote: Quickman
The longer a series goes the more people will be really good at it, and it's probably easy to feel underwhelmed when the only work on a brand new chart there really is to do is improving their MA on it because they PFCed it on their second attempt.

Doesn't change the fact that these "good" players are still a small minority of the overall player base; most people would still say that a 14 is plenty hard enough. Plus, MFCs are the new end goal for MA players now (not just PFCs or improving MA anymore), which can still be a challenge even for the top players.
DDR A20 PLUS Rival Code: 3115-3633 | Click here to download all my simfiles!
Latest Simfiles:

If the chart isn't fun to play then its not good.
Also you folks act like stuff won't get challenge charts down the line, Konami probably knows how much y'all whine about charts not being exactly like your version in stepmania so they'll make another chart down the line.

No one has said why it's a dissapointing chart besides it not being a 15 or 16. You're just joining in the chorus of higher level players wanting more high level charts and complaining when literally any new song doesn't get a 17 or 18.

Ok bye for like another whatever number of months lol
Yiss ©Ayumi Promotions, 2012