When you set your pacemaker, there are a few settings that might result in no pacemaker while you are playing i.e. if your pacemaker is set to "personal best" but it's the first time you're playing the song. Now you can set up a "sub" target, which will become the pacemaker if there is no pacemaker data for your primary choice so you will have at least some sort of pacemaker.

So, now that the game's been released, here's my ranking of the default songlist, from least favorite to most favorite:

40. VALKYRIAS (I normally like HuΣeR's work...without Fernweh's vocals, that is. It would be much better without the vocals.)
39. Gabriel Dropkick (Typical denpa shit.)
38. Hyper Drive (zzzzzzzzzzzzzz...)
37. Calvados Queen (Would be better with a different vocalist.)
36. Change Yourself (See above.)
35. POP TEAM EPIC (kors k Remix) (I'm not familiar with the original POP TEAM EPIC. But after hearing this remix, I'm not sure if I want to be.)
34. Beautiful Harmony (IIDX Mix) (Ryu☆ normally makes some of the best songs in IIDX. This one just didn't do it for me.)
33. Mel (Would be better without vocals. Overlays were cute, but I wish the whole BG video was unique.)
32. TRIUMPH (Doesn't really fit the UK HARDCORE genre.)
31. Do What You Want (This would've been ranked significantly higher if it was longer.)
30. EXCITE (See above.)
29. Primitive Vibes (For a song with the word "primitive" in the title, it didn't feel very primitive. In fact, it felt like something that could ONLY come out in 2019.)
28. Ohayo! (Part of why I liked Serious? was because of its weird-ass BG video. This song would be higher if it had a similar video.)
27. Ora Tokyo sa iguda (Hideo Suwa and RoughSketch/uno shpuld collab more often.)
26. Sepia no kiseki (I like the vocalist. Refreshing change from Kanae Asaba or Mayumi Morinaga.)
25. Volcanic Dragon (Would've placed higher if it had a unique BG video.)
24. Rainstorm (Would probably like it more if it was instrumental.)
23. Infinity Mirror (That sax is FIRE. However, I wish it was used throughout the entire song instead of just the second half.)
22. Shinen ni sagasu requiem (Reminded me of iconoclasm's stuff, especially perditus paradisus.)
21. Hold My Hand (I felt like the vocals were better than the backing track.)
20. Nasty Techniques (I'm not very familiar with Insane Techniques, but its sequel is still really good nonetheless.)
19. Queen Kaguya (I liked this song when it was in the crossfade trailer. After hearing it in full, it's not as good as I was hoping it would be, but it's still really good nonetheless.)
18. Reiwa (1991 RAVE REMIX) (Great retro rave track, but I didn't get the same nostalgic feeling that I did with NRG STAR '86.)
17. fairy cocktail (Aww... That's all I have to say about that.)
16. Ska-sh All Neurons!! (I wasn't expecting to like this one as much as I did, but it was actually pretty nice. Loved the drum'n'bass/ska fusion!)
15. beatAffection (beatMARIO never fails to impress me. This one is no exception.)
14. THE BRAVE MUST DIE (Reminds me of L.E.D.'s HARDCORE trio from SIRIUS. (GALGALIM, DOMINION, EXUSIA) I also can't wait to see the 2183-note ANOTHER chart!)
13. Duration (Would've placed it higher if the buildup was shorter.)
12. OUTER PLANETS (A very pleasant surprise from Gekidan Record!)
11. NEWALONE (I LOVED the rap sample for this! It worked really well with the rest of the song!)
10. MANDARA RENREN (As soon as I heard the song in full, I knew exactly how I wanted to make a stepfile for this! That's the type of thing I like to do with IIDX songs, and this just works well!)
9. T-REX vs. Velociraptor (The BG video is SO DAMN CUTE!)
8. Drop It
7. Rave lithosphere
6. Moving on
5. Virus Funk
4. TECHNO Style Essentials
3. Silly Love
2. NRG STAR '86 (Reminds me of Y&Co.'s old EUROBEAT stuff.)
1. UNITE THE HEART
deez nuts

A little note for people who have yet to transfer their data to HEROIC VERSE:

The two purchaseable FLOOR INFECTION songs from CANNON BALLERS (REVOLVER and DropZ-Line) are NOT available by default on HEROIC VERSE. If you have the BIBL to unlock them, haven't yet, and want to do so, I recommend doing so before the data transfer, since you won't be able to afterwards. Granted, they will probably be purchaseable in whatever system HV uses...whenever that comes around.

Since the game is in English now, I still think this won't come to the UK....

Unless KONAMI Europe convinces its audience that IIDX is fun to play on, then I'd doubt a demand for an e-amusement connected IIDX cabinet in any EU region could be established.

IIDX will never officially come to the UK unless Round1 decide they want to open a location here. We all know that will never happen.
MAX 300

Quote: lmaosamsddr
IIDX will never officially come to the UK unless Round1 decide they want to open a location here. We all know that will never happen.

Uhhh, R1's suddenly opening a location in Russia next year, so I wouldn't really say they'd never come to the UK. >>

Well given that Ace and A20 don't have official eAmusement support in EU, I can't see things changing unless Konami suddenly decides to make everything compliant with EU regulations...

Still a Round 1 in Russia out of all things does sound wild, but does that mean Russian Snowy Dance confirmed for a crossover soon?
Dance to impress the world!

I was referring to people hoping for IIDX in the UK. I figured Russia wasn't in the European Union. 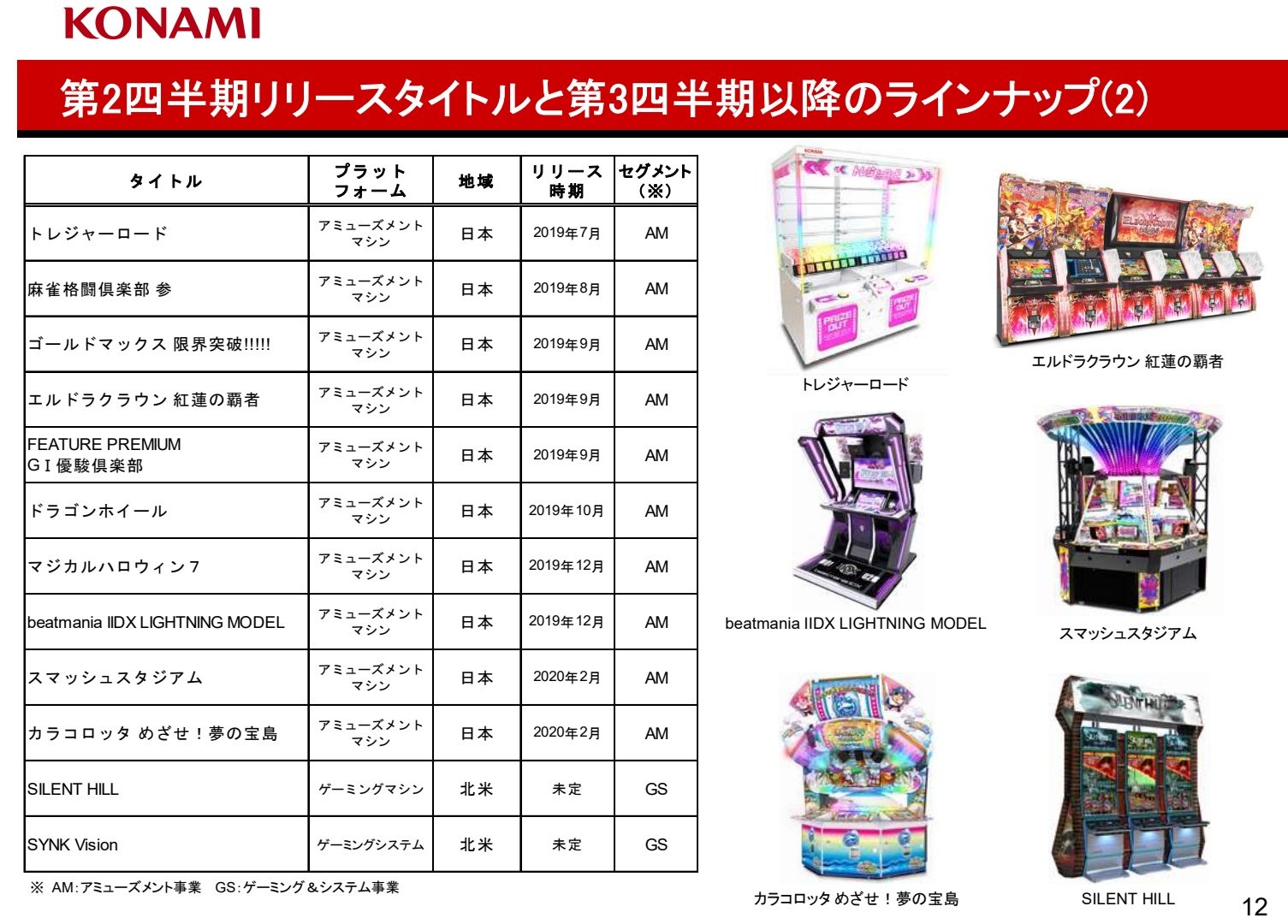 Lightning model's finally confirmed; will be arriving in December.

5 bucks says only the new R1 locations will get it, much to the dismay of the older ones who need them. :U

Interesting new notes about the Lightning Cabinet. As expected the touch screen will be used for the effector. The biggest change is the cabs will run games will display at 120hz which will give the game an undeniable smoother feel. No more using the potato standard of 60hz.

Where have you been? We've been following this for a while now. Yeah the Lightning Model will be an all around upgrade and it's exciting stuff.

That part about 120 Hz is very intriguing. Given the timing is based around framerate, it makes me wonder what has changed under the hood. My guess is it's just a 120 Hz mode where it doubles the timing window.

9th and 10th Dan got added to Class Mode, and Level 12s for default songs are now available.

(Unrelated note, I actually reached 8th Dan for the first time in years a couple days ago. Oh well. XD )

The courses this time around (all [A] charts): 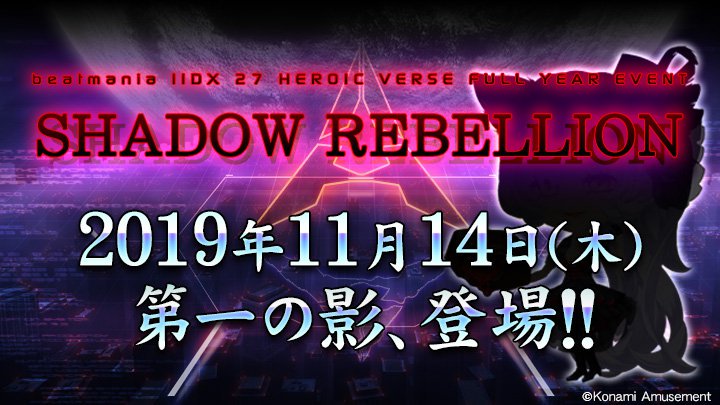