Quote: SomethingRandom
what about ORCA
But what about Endymion tho, think of how ridiculous the ANOTHER chart would be.

endymion is more likely to come to pop'n, jubeat or SDVX tbh
Download my simfiles!

I'm gonna ride this Hype Train into the sunset. I might not be able to play it, and I hardly have the skills but that's mostly because I've been playing on controller on the U.S version and their aren't really any PS2 IIDX controllers around now a days.

I feel like the Infinity Gauntlet Extra Stage system I came up with a few years back could work well here.

Last updated: 2019-07-11 01:23am
Quote: NEMESetup
I feel like the Infinity Gauntlet Extra Stage system I came up with a few years back could work well here.
That sounds cool, can you post it here?

Quote: ROUND!
Quote: SquashiniKun
I wonder what songs are gonna be cut this time around, my guesses are Deep In You and HitchHiker2

SINOBUZ will see its first round of trimming. I suspect Summer and Sweet Clapper will go. Event licenses (SCREAM OF LIFE, HAPPY★RUSH, Piano Samurai, AO-∞) will most likely stay. Disappear, Be A Star, Seize the day, お命ちょうDAI！901娘 could go.
As much as I love Summer and Sweet Clapper, I'm surprised they weren't removed in Rootage. My guess is those two and
-Sarutobi Champion is 拙者
-お命ちょうDAI！901娘
-禍根
-elemental bender feat. Kanae Asaba

Quote: SquashiniKun
Quote: NEMESetup
I feel like the Infinity Gauntlet Extra Stage system I came up with a few years back could work well here.
That sounds cool, can you post it here?

Sure, here you go: (and apologies for this taking up a bunch of space)

Originally posted in the Design Your Own Extra Stage System thread:
EXTRA STAGE SYSTEM: INFINITY GAUNTLET(based on the Marvel Comics storyline and features elements from the game it's based on, Marvel Super Heroes)

TIME GEM
Requirements: The second stage you play must have a higher BPM than the first stage and Stage 3 must be higher than the second. When you are able to access the fourth, Extra Stage, the song must have multiple BPM shifts and MUST be selected when the Timer ends on an odd number. Afterwards, you'll be able to access the TIME GEM in your next play through.
Codename: Shuma-Gorath
Song Name: [GLITCH-STEP BREAKS] Chaos Dimension / DJ Mass MAD Izm* vs. Eagle

POWER GEM
Requirements: The first 3 stages must be Level 10 or higher and cleared with the HARD GAUGE activated. The fourth, Extra Stage, must be cleared on the ANOTHER difficulty at Level 10 or higher with the EX HARD GAUGE activated. Afterwards, you'll be able to access the POWER GEM in your next play through.
Codename: Juggernaut
Song Name: [BRUTAL GABBA] HEADCRUSH / DJ TECHNORCH vs. GUHROOVY

REALITY GEM
Requirements: Stage 1 must be played with SUDDEN on. Stage 2 must be played with HIDDEN on. Stage 3 must be a song at 130bpm or lower with a HI-SPEED of 2.0 or lower only. The fourth, Extra Stage, can be played with any combination of SUDDEN, HIDDEN and HI-SPEED, but must also be cleared with S-RANDOM activated and passed with at least an A. Afterwards, you'll be able to access the REALITY GEM in your next play through.
Codename: Blackheart
Song Name: [ECLECTIC DIRGE] Heart of Darkness / Akira Yamaoka vs. 2MB

SPACE GEM
Requirements: The first 3 stages must all be cleared with MIRROR activated and passed with a AA, but Stage 1 must be a L.E.D. song, Stage 2 Mr. T, and Sota Fujimori for Stage 3. For the fourth, Extra Stage, the song must be one of the ES/PARALLEL ROTATION songs from SIRIUS cleared with MIRROR and HARD GAUGE activated and passed with a AA. Afterwards, you'll be able to access the SPACE GEM in your next play through.
Codename: Magneto
Song Name: [ELECTRO NU WAVE] Magnetic Tempest / Dirty Androids vs. CAPACITY GATE

ONE MORE EXTRA STAGE
Requirements: Have all 6 GEMS collected and in a future play through, pass one of these songs on ANOTHER with the EX HARD GAUGE activated to access this song.
Codename: Anita
Song Name: [BETA TECHNIQUE] LOVE FOR YOU / MAX MAXIMIZER

The good news is we might get a peak at the new UI and of course, what some of the new songs are going to be.

The bad news is we're likely going to get removals tonight as well. What removal(s) gives me the big sad this time around? 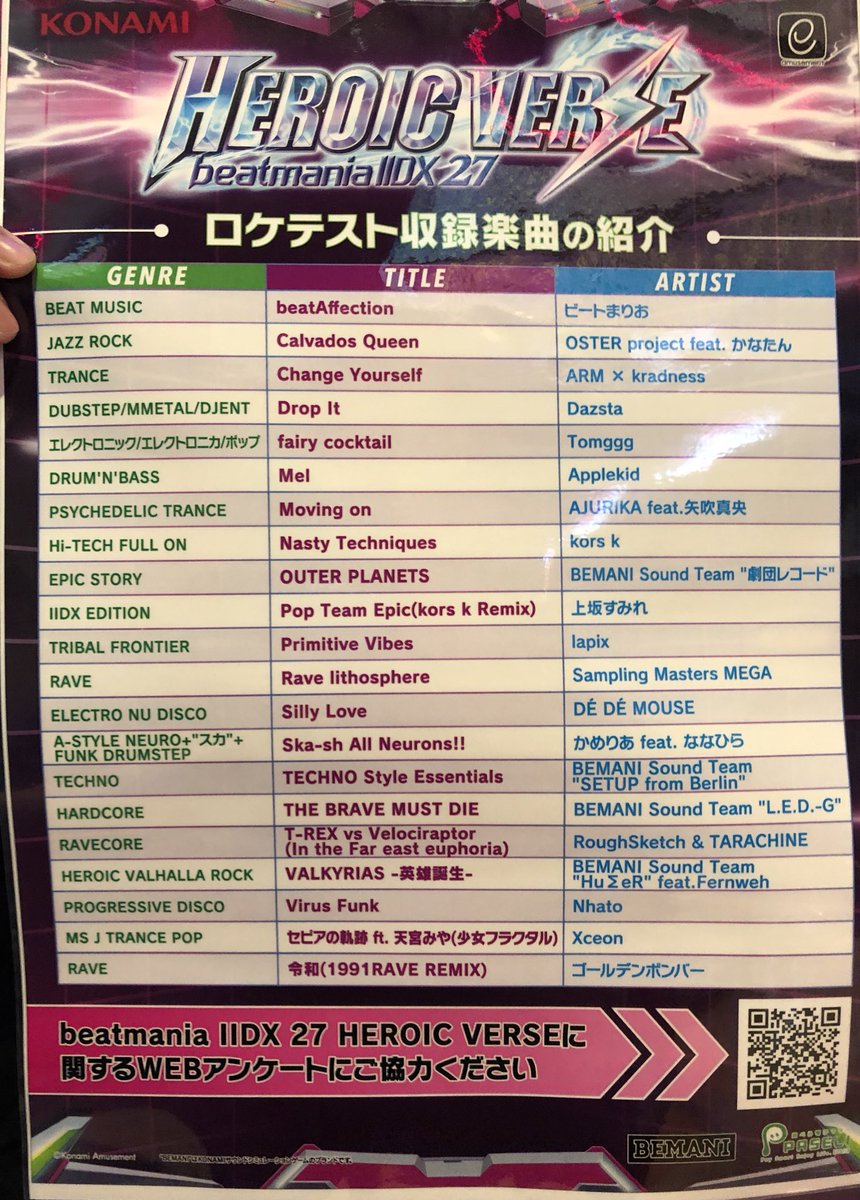 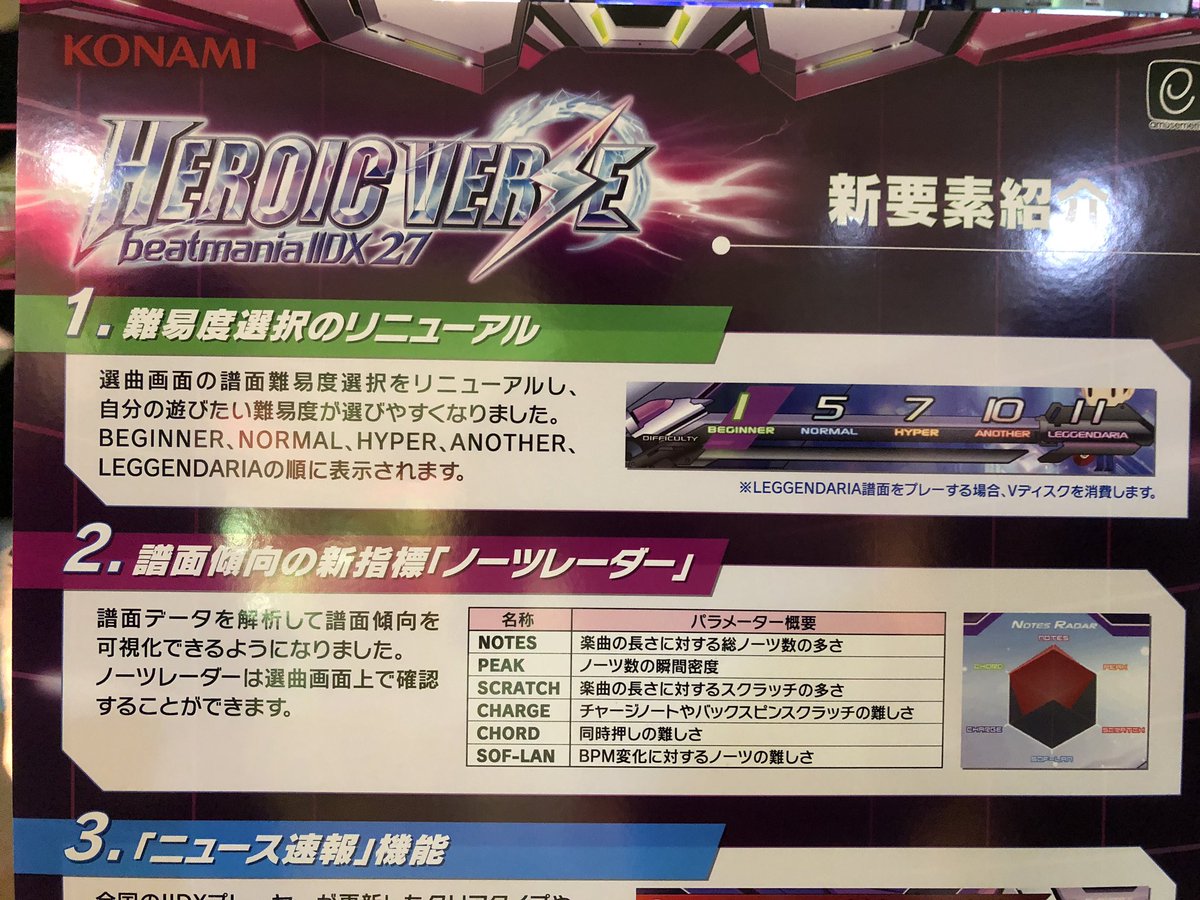 "SETUP from Berlin" :eyes:
lot of rave in this one too
Download my simfiles!

Last updated: 2019-07-12 12:52am
Quote: PerroXX
- Leggendaria charts are now added as a new difficulty
Not only that, but it looks like BEGINNER can now be selected alongside the other difficulties rather than having to open the ALL BEGINNER folder in order to access such charts.

Given the fact about the large amount of BEGINNER charts they added in Rootage, I guess that's the most logical choice.


Still requires V-Discs, apparently, but it's no longer tied to extra stage, so... yay?

Still requires V-Discs, apparently, but it's no longer tied to extra stage, so... yay?
The extra stage requirement for Leggendaria charts was removed in Cannon Ballers, the folder has been appearing on any stage as long as you either have V-Discs or a VIP PASS BLACK activated.