Well since 2018's E3 was a bit mediocre, what would all of you think this E3 will show us, that or just talk about posted trailers on the internet here.

Rumors are swirling in the Smash community that Nintendo's E3 Direct on June 11 will reveal 1 or 2 of the Smash Bros Ultimate DLC fighters, specifically Erdrick (hailing from the Dragon Quest series) and Banjo & Kazooie (hailing from the series of the same name), possibly with one of them being added on the same day. We'll see if any of these tidbits turn out to be true.

Overall, I'm hoping to be disappointed this E3 so I can save myself some money. XD
I absolutely expect there to be a Smash DLC reveal.

Last updated: 2019-06-07 09:41pm
Hooray I can't wait till Ubisoft releases a new entry of the best rhythm game ever that is better than Dance Dance Revolution that totally did not kill the entire rhythm game market.

I swear if Ubisoft tries to be trendy in the next Just Dance (Which they will.) I'm just gonna send them the Silence Brand picture because they are straight up like EA and Activision but mostly EA, I can see Activision is improving a bit.

But one thing I'm hyped about is some news on Pokémon Sword and Shield and Smash Ultimate.

Looks like E3 starts on my birthday this year. Definitely gonna watch the Nintendo presentation. Hoping they show something for Shantae 5. Stoked about Sword and Shield and Ultimate.

As my username implies I am looking forward to FF7 remake news. I anticipate it being a decent E3 but only time will tell!

With the general feeling that new info on Luigi's Mansion 3, Animal Crossing & Smash Ultimate DLCs are safe"calls, I have high hopes for a Metroid announcement:

When Metroid Prime 4 was shown in E3 2017, rumors were spread that a Switch port of the Nintendo Wii "Metroid Trilogy" was going to be announced in the future. Now that it has been announced that MP4 development has essentially been started all over, IMO it makes it only more likely that we MIGHT see the Trilogy be announced in the coming Direct, as a way to give fans some Metroid before the much-anticipated MP4 finally comes.

This would make a lot of people really happy, but I think Erdrick does not have the recognizability of many other anticipated DLC characters that are popular among the community, characters such as Zero or Doomguy. Also I never played Dragon Quest lol.

Could you imagine? Paper Mario revealed as a DLC character, and then they announce a brand new Paper Mario (that stays true to the first two games)? Just like they announced Animal Crossing? That would be AMAZING.
simfiles | YT channel | my most recent files:

Paper Mario my biggest wish for DLC, I voted for him in the ballot for Smash 4.
Followed closely after that is Dr. Eggman, but I don't expect that to happen, sadly.

If they don't make a new Paper Mario anytime soon, I hope they remake the first two, possibly even combined into one game, somehow.

Quote: DDR Addict
Rumors are swirling in the Smash community that Nintendo's E3 Direct on June 11 will reveal 1 or 2 of the Smash Bros Ultimate DLC fighters, specifically Erdrick (hailing from the Dragon Quest series) and Banjo & Kazooie (hailing from the series of the same name), possibly with one of them being added on the same day. We'll see if any of these tidbits turn out to be true.
I think that they'll reveal the 1st character at that tournament today, and save the 2nd one for the direct itself.

Last updated: 2019-06-09 12:38am
Before E3 even started, THQ Nordic is really hitting some home runs with some announcements.


SpongeBob Squarepants: Battle for Bikini Bottom -Rehydrated-, A remaster of the "cult-classic" back in 2003.

Darksiders: Genesis, A spin-off of the Darksiders series that replaces hack and slash like its previous games to an isometric top-down Diablo-style dungeon crawling action RPG.

Destroy All Humans! is getting the remaster treatment as well. If you like this series with Rammstein, then this trailer is for you.

Smash or Tekken 7. Come on. Don't let me down here, Nintendo/Namco. 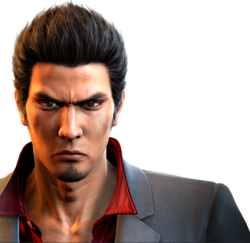 Quote: Super Best Friends Play XCOM2
Woolie: Could you fucking imagine turning on the news and reading WE HAVE DECLARED A DARK EVENT?
Liam: Stay indoors from September to November, the event is dark.

Destroy All Humans is back??? Awesome!


FIFA 20. Everyone in the UK is gonna go apeshit for this.

Kingdom Hearts 3 is getting DLC titled "ReMIND". First time this series had DLC.

Minecraft Dungeons. A new game for Xbox One.

Ori and the Will of the Wisps comes out next year. Hopefully.

Keanu Reeves in Cyberpunk 2077. Did that sold you this game?

Blair Witch is coming to Xbox One. Huh.


Gears 5 with the Terminator. Heh.

Dying Light 2 is coming out. Not so dead now huh.

Halo Infinite. Comes out alongside Project Scarlet (a new Xbox Console probably).
I'll post more trailers when they show up.

Deathloop. From the developers of Dishonored.

DOOM Eternal. This'll take you to heaven, or hell.

Anyone else think that 12 Minutes thing looked really interesting?
Quote: Super Best Friends Play XCOM2
Woolie: Could you fucking imagine turning on the news and reading WE HAVE DECLARED A DARK EVENT?
Liam: Stay indoors from September to November, the event is dark.

That trailer song for Gears 5 kinda fits with the trailer.

Watch Dogs Legion. You die, you play someone else.

Just Dance 2020. Has it been 10 years since this series started?

The Division 2 Year 1 DLC. Apparently there's a movie in the works, coming to Netflix.

The Outer Worlds. Fallout got nothing on this.

RAGE 2 Expansion "Rise of the Ghosts". It's fun to kill.

Elden Ring. FromSoftware collaborating with that guy who made Game Of Thrones. That thing.
Register Log In Back To Forums