HOLY SHIT I GOT 4TH PLACE!

Last updated: 2019-06-10 02:43am
direct feedback to my face would be appreciated uwu so feel free to roast me or say pretty thingz
Download my simfiles!
NEW SIMFILE/EDIT:
ALL MY HEART -この恋に、わたしの全てを賭ける- (Random's Edit)/SUPER HEROINE 彩香-AYAKA-

thirding the above as well.
5l1-STEP Series:

If I find time later this week I'll send feedback to anyone that wants it. Can't make any guarantees though. Send me a PM if you want my opinions.
Latest Files

Also would really like feedback on my file.
simfiles | YT channel | my most recent files:

Let me in on the feedback train too!
<<< deviaintART | Category >>>

Last updated: 2019-06-10 11:21pm
For all the people asking for feedback, I'm almost certain you will be more likely to get more feedback on your file if you post your own file reviews and comments first. I haven't played the files, so I cannot offer any feedback unfortunately

Here are my thoughts on the files all the people who requested feedback submitted:

- HealingDMax300: I actually somewhat enjoyed your challenge chart. I was pressed for time when judging for this week, so I didn't really actively look for songs to give HMs for, but had I taken a second look at your file I may have given one to this. I do feel like the rhythms drifted/weren't consistent all the way through, and there were some quirks with the flow (e.g. in the crossovers around 1:35-1:40), but it definitely doesn't really feel like a file that placed as low as it did.

- SomethingRandom: I'll get to that one when I start judging this week's files lol

- vonafroa: I had some issues with the flow on both the challenge and expert chart (but especially so on the challenge chart). Many of the patterns either led the player to doublestep or turn completely around in the midst of 16ths, which I wasn't a fan of. I'd also like to mention that the rhythm skeleton on the challenge chart felt a bit... off. A lot of the 16ths runs seemed to go to nothing, despite the abundance of piano runs. Additionally, I felt like the patterning was rather repetitive on both charts and didn't amount to any difficulty curve or progression. I did enjoy some of the elements you used though, like the jump sequences. As the Expert chart lacked the things I disliked about the Challenge chart, my impression of it is more positive. I think with some revisions or fine-tuning it'd become a chart I'd have put a lot of points towards!

- 5l1n65h07: I think the chart's technically solid and is put together pretty well for what it is. Unfortunately, there wasn't really much to excite me or differentiate itself from other high-BPM entries I've seen before. The patterns and progression was quite simple, after all. I think if I had taken the time to look for HMs, then I may have awarded one to this file.

- Forcednature: I think I gave out a point for this file this week. While I found the file to be a little bit bland/repetitive at times, it went to the song really well and felt like it had a high level of patterning/rhythm quality. I would have liked it to build up a bit more towards the end, but that may be my personal biases for how a file should be stepped showing.

- TonyAkita: It's a similar story to many other files I've judged: the chart is alright, but due to a lack of compelling quality popping out to me, I decided against voting for it. Subjectively, I wasn't too much a fan of the karaoke stepping and the resulting difficulty progression, and I thought that while the patterning was well-made it felt like it lacked something that made the chart unique. Don't let my criticism give the impression that I disliked the chart though - I thought that it was pretty good otherwise.

- ElijahPWG: I like where you're going with the file, but the patterning seemed very broken at times, making it hard for me to give any points to it. Additionally, I felt like a lot of the 16ths in the Expert and Challenge charts didn't match the flow/intensity of the song or whatever instrumentation they covered. 'Good' overcharting can be done by matching 16ths to the flow of the song, but I wasn't feeling it very much here. Choices like having 16ths in an earlier portion of the buildup followed by light 8ths when it was clearly increasing in intensity perplexed me a lot. Like in vonafroa's case, I feel that with some editing, this file could be really great! There are some pretty nice parts in the file that I want to see more of.

With that in mind, I'd also like to request feedback for my file, either or both Week 4/Week 5 lol 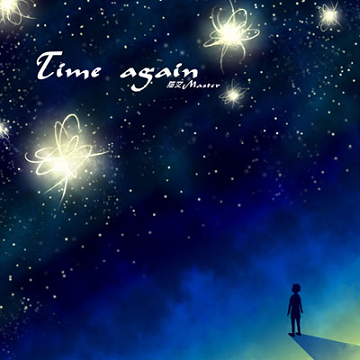 97 is a prime number AND I used the word "time". I get bonus points for that right? RIGHT!?.

Quote: talkion
Choices like having 16ths in an earlier portion of the buildup followed by light 8ths when it was clearly increasing in intensity perplexed me a lot.
Yeah, I completely understand that because the simfile was actually around half done when the category came out, and there was a pause and I was too lazy to reorganize the notes so around halfway through the song everything moves backward two bars

So for this week's theme, I downloaded another person's simfile, deleted the stepcharts, and replaced them with my own original steps. Is that allowed?
<<< deviaintART | Category >>>

well, i believe you'd still have to ask permission for the song crop (unless the song is already that length in the first place)
i'd rather change the graphics as well

Just ask permission! It’s the good thing to do.

Also sorry for not voting/stepping recently been a busy bee.

Personally I don't care if anyone wants to use my song cuts, as long as you make your own steps from scratch. No need to ask me for permission, just do it. That's just me though, with anyone else you might want to consider asking first.

Almost done with my entry this week, I just gotta throw together some graphics. I think I may have taken the whole prime thing a bit too far.
Latest Files

Quote: Gameoson
I just gotta throw together some graphics. I think I may have taken the whole prime thing a bit too far.

You sure you're taking it too far? Are you, by any chance, making the resolution of the graphics prime numbers too? (e.g. 509x157 banner)
Register Log In Back To Forums