What font DDRA and DDRA20 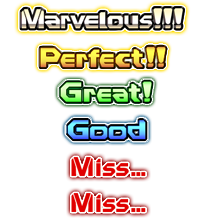 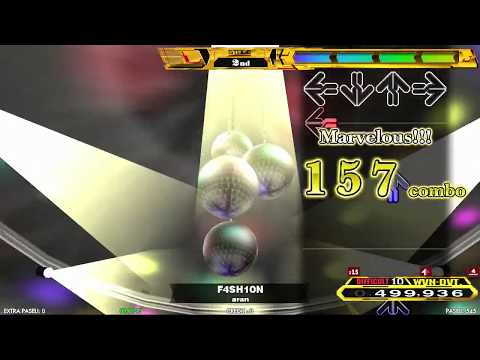 Does anyone know the font used in HYSTERIA 2001's banner?

A font is similar to Atrox but it's not the exact font, A20 font is Normade BT
Maker of PIU Delta NEX Rebirth and MBAACC for StepMania 5, Rave It Out dev, and more
Check out SM-RIO featuring mods for pump incl. linux PacDrive, StepF2 support, and more: https://github.com/RhythmLunatic/stepmania
Get Rave It Out! http://amaryllisworks.pw/getraveitout
Want your theme made? I take commissions: http://amaryllisworks.pw/themeService.html

A font is similar to Atrox but it's not the exact font, A20 font is Normade BT

Does anybody know Summer Fairytale's font? 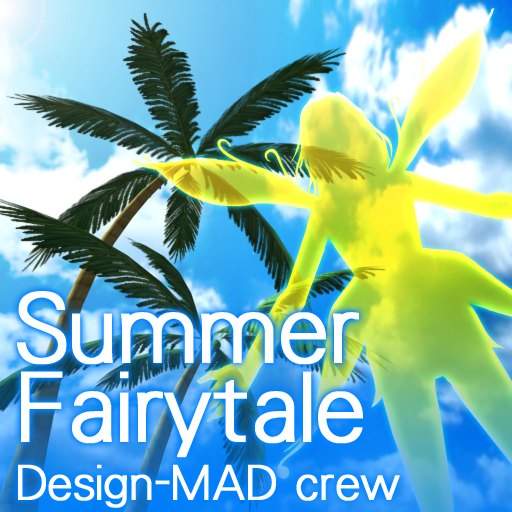 bump but can you send me the modified serpentine sans font?

I assumed the A's judgment text is not a font. Look at the "r" from Marvelous!!!, Perfect!! and Great!.

The STAGE font of A20 is Normande (although that looks to be a clone of Bodoni Poster Black). There's a ton of different versions of Baskerville, I think the one that hits the mark is ITC New Baskerville.

The A judgement text is a weird one. The Marvelous text clearly has been horizontally compressed a bit, and some letters have slightly overlapped others. It looks close enough on the others to be a consistent font. It's clearly a modified version of Handel Gothic, but I've never seen it elsewhere before.
ZIv Mod Squad: "Elemental Croatians"
Can you make music? ZENIUS -I- MANIA 2021 is accepting entries now!

Anything from this? It's the "RED" from RED-Alice's logo

Currently rebooting everything. If only I could change my username.

Does anyone know the font for the DDR EXTREME (AC) Music cards??

What are the fonts used for the song title and artists here?

anyone know the font used here?

Last updated: 2020-09-21 01:06pm
From DDR Supernova 2 to DDR X2 for the PS2, what's the font used for the song title and artist found at the bottom center of the screen during gameplay?

If memory serves, it's also the font used in the song wheel for DDR SN to DDR X

It's one of Digital or RussellSquare. Both of those should be in the pack I believe.

What is the font for the lyrics used in the background animation for "ONE NIGHT IN ARABIA" / GO GO GIRLS (from ParaParaParadise)? 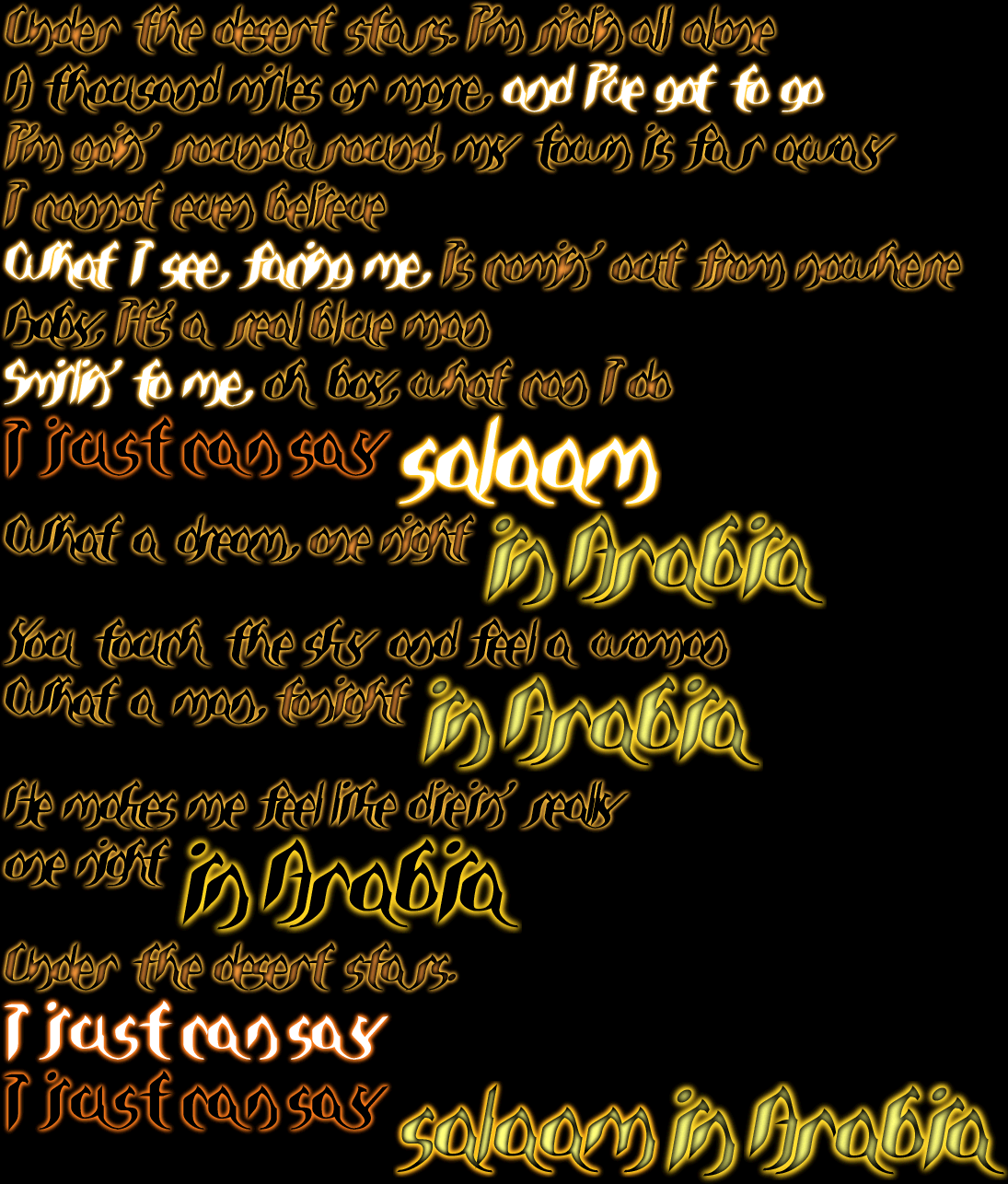 Quote: pm41224
What is the font for the lyrics used in the background animation for "ONE NIGHT IN ARABIA" / GO GO GIRLS (from ParaParaParadise)?