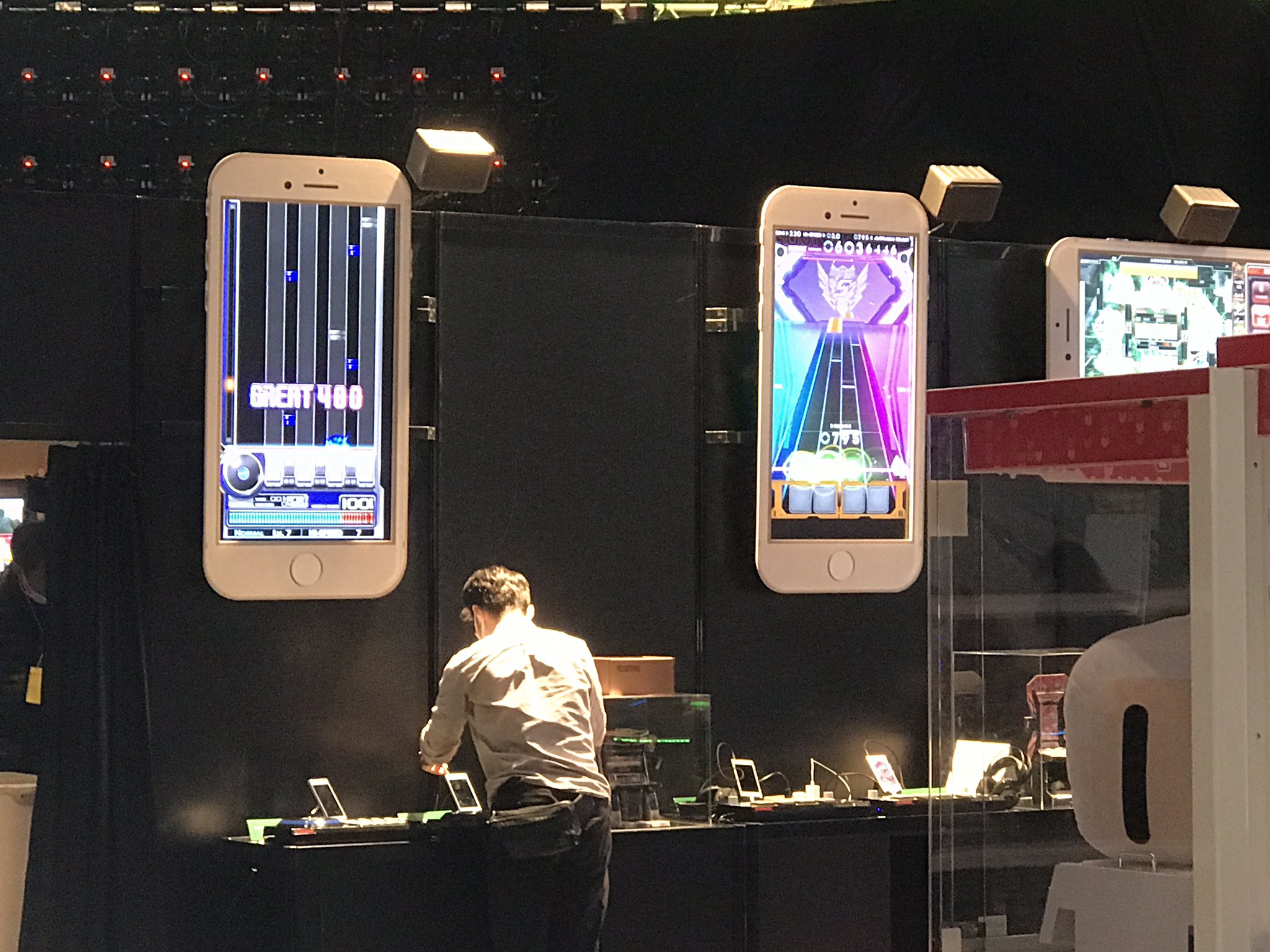 I dont see how this will work

Also, there's gonna be a controller made for it too, like DDR/SDVX.

Last updated: 2019-03-17 06:10pm
I'm almost two months late...but this is quite an interesting move by KONAMI. The new entry controller, which is reminiscent of the original PS2 KOC was an even more interesting move.

The idea of being able to play IIDX anywhere anytime is an interesting concept as well, but what I want from beatmaniaIIDX ULTIMATE MOBILE is:

1. Ability to play the game OFFLINE. Songs could be purchased via packs, etc.
2. Allow the game to also be played on a TV or monitor somehow (with proper AC-style widescreen optimizations) .
3. Have all BGMs, Effector settings, etc. that the arcade versions had in the last decade.
4. Ability to customize the interface based on previous Styles (eg. IIDX17 SIRIUS ~ IIDX26 ROOTAGE)

BONUS REQUEST: Nintendo Switch and PS4 port (under a different name, of course since the mobile version's for phones and tablets) that has the 4 above requested features.

If KONAMI can do this, I will finally be able to tell myself that there is still hope for them in the long road ahead to their redemption as a company.

I suppose the reason why this is happening is so that people that play these series can do so anywhere on the go, but it really just begs the question as to why they can’t just resume CS releases in the traditional sense. Then again, I’ve learned to expect ridiculousness from KONAMI.

Xbox one and PS4 aren't portable lmao Nintendo switch is really the only true portable traditional console and iidx has never had an release on an Nintendo console so that's unlikely
also they already said they'd focus more on the mobile/PC/arcade market since traditional console markets are dying out overall
Download my simfiles!
NEW SIMFILE/EDIT:
ALL MY HEART -この恋に、わたしの全てを賭ける- (Random's Edit)/SUPER HEROINE 彩香-AYAKA-

Would love to see a switch counterpart if all these mobile games coming out.

Last updated: 2019-03-19 12:29am
Ehh, I wouldn't get my hopes up on receiving a "true" CS game, as awesome as that would be, considering all the consoles are region-free now. If anything, we'd probably get a port of Infinitas because Konami would want that constant stream of cash, and that's why all the big companies are wanting "games as a service". >> 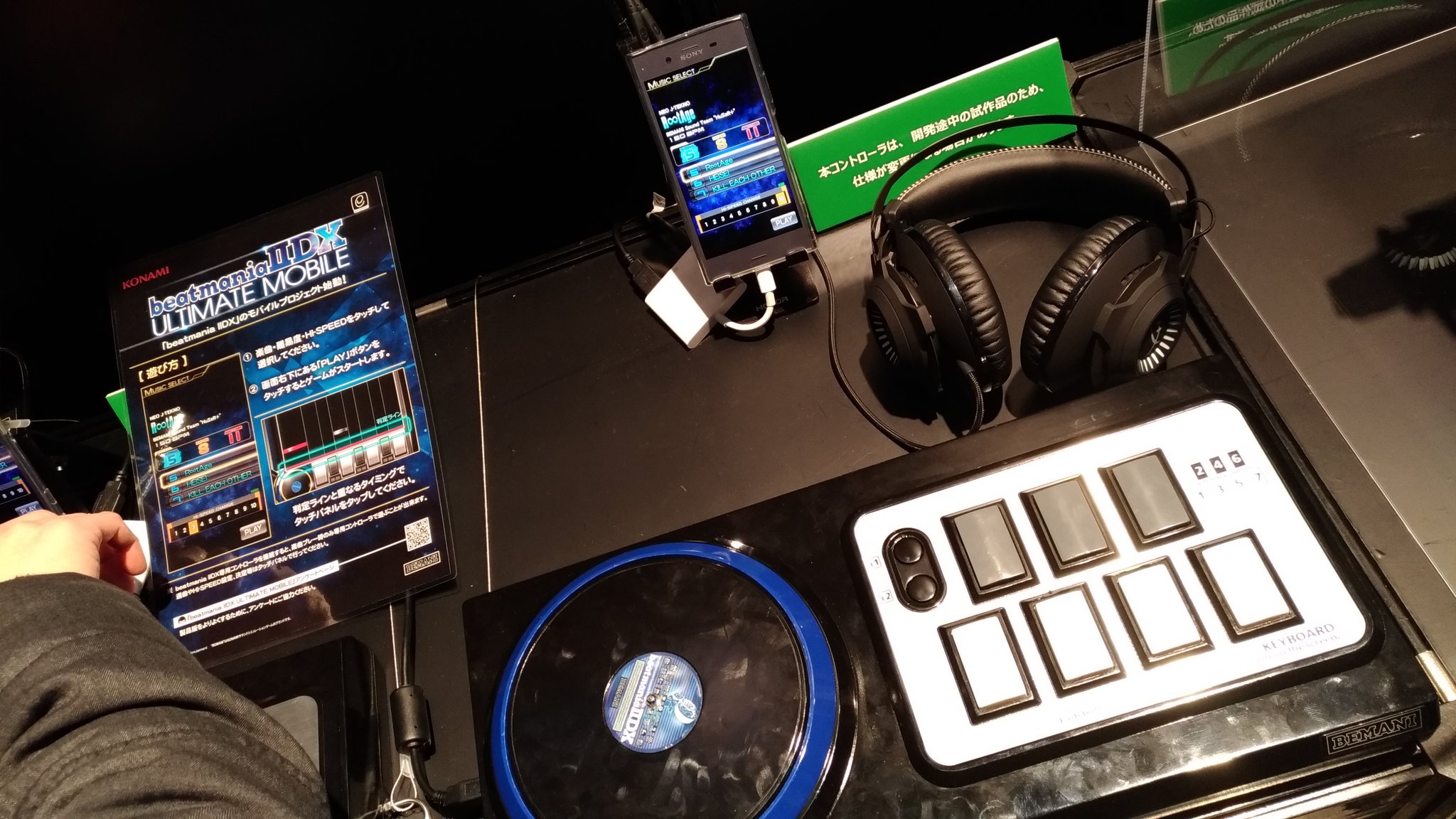 The game is not going to be keysounded. This is an automatic pass for me.

That's a big oof, keysounds are the thing I like the most about beatmania
http://i.imgur.com/uDIFdjg.jpg

Keysounded was probably unlikely bc of the screen size, although there are being controllers being sold and some people use tablets, but not everyone has the same access and all so
Download my simfiles!
NEW SIMFILE/EDIT:
ALL MY HEART -この恋に、わたしの全てを賭ける- (Random's Edit)/SUPER HEROINE 彩香-AYAKA-

More release info to be revealed on this Wednesday's BEnama.

Looking forward to this... now only if I understood the language! Haha!

Oh let's see here! No keysounding to save space on the app which is the one big factor of playing IIDX and a MASSIVE dealbreaker for me personally, performance issues for non optimized devices, limited songlist, monthly subscription for revivals, this is just like infinitas only worse. How can you be excited for this? This is already a failure, and quite frankly I don't understand why anyone is excited for these games.

I'm honestly more curious how much the KOCs will be; I'm kinda sick of having to play LR2/MAME with a PS2-to-USB dongle. >>

Last updated: 2019-12-04 01:03am
Thank you SomethingRandom. Djjeff2010, I agree that this is not going to be an amazing release as it’s missing ALOT of key features but I am hopeful that it might spark some excitement on music games as a whole.
Register Log In Back To Forums