u do realize we're still in the midst of a pandemic right, countries are still taking precautions, not everyone is opening up like some areas of the US
Download my simfiles!
NEW SIMFILE/EDIT:
ALL MY HEART -この恋に、わたしの全てを賭ける- (Random's Edit)/SUPER HEROINE 彩香-AYAKA-

Even if the malls do open, I don't think a lot of people are wanting to go outside right now, at least not for a while. Believe me, I wanna go back and play IIDX/SDVX as much as the next guy, but COVID hasn't taken a day off. >> 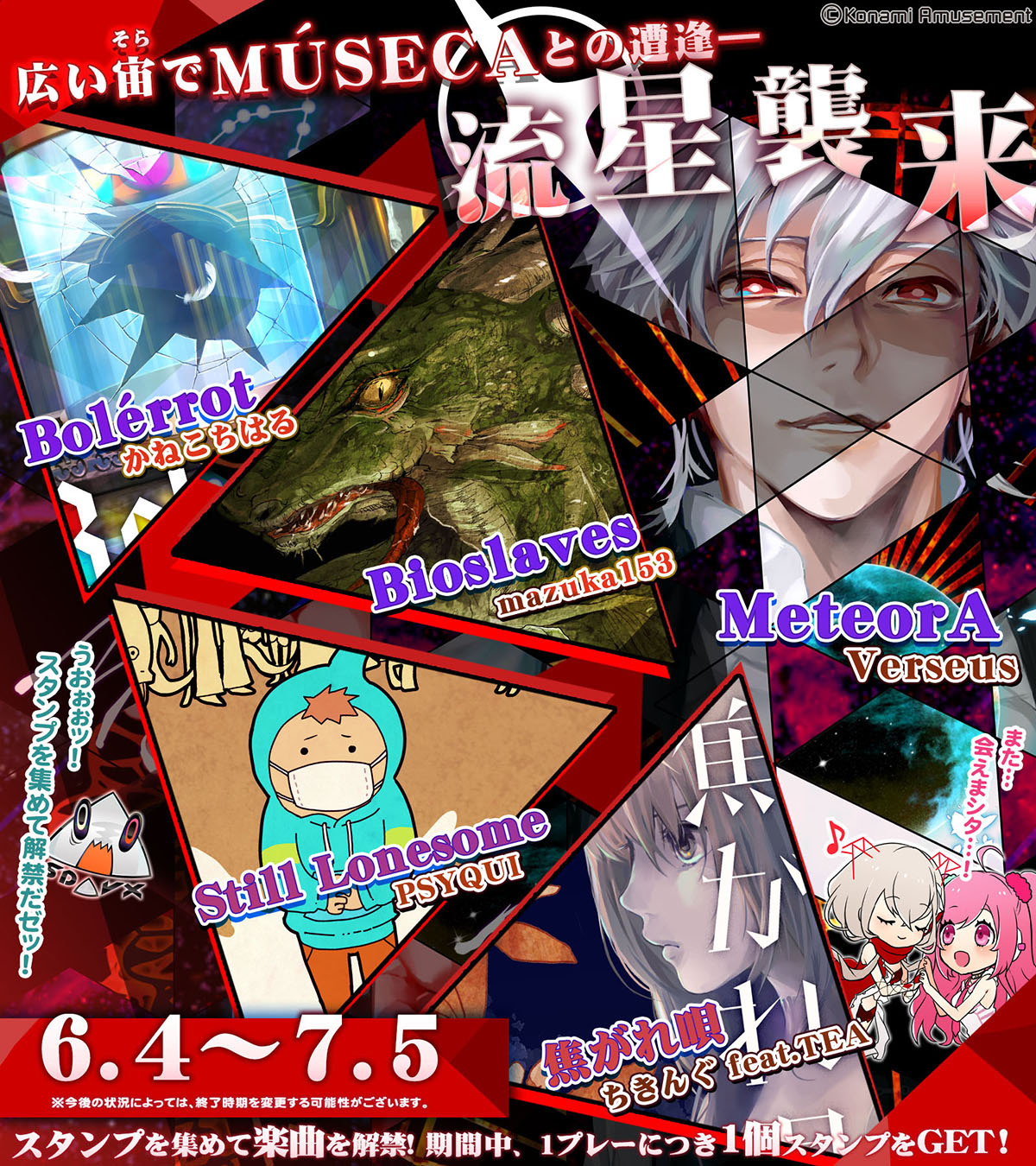 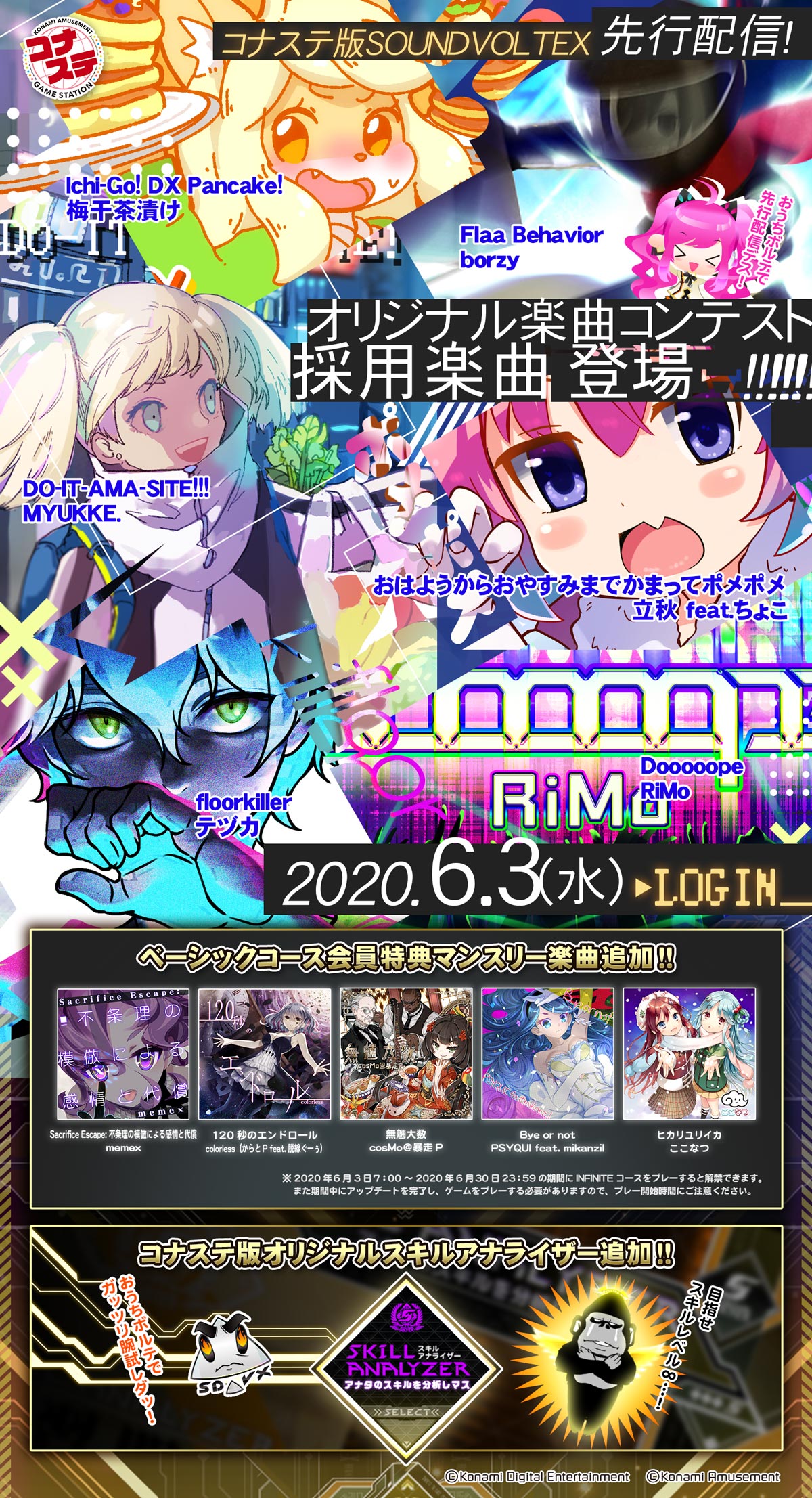 Is it me or do I see Isabelle from Animal Crossing?

I would take suggestions, but the I tried to listen to a bit of the music from Museca and couldn't find a single song I liked. It was all really bland sounding to me. Maybe I just listened to the wrong songs.

So, this is finally happening. 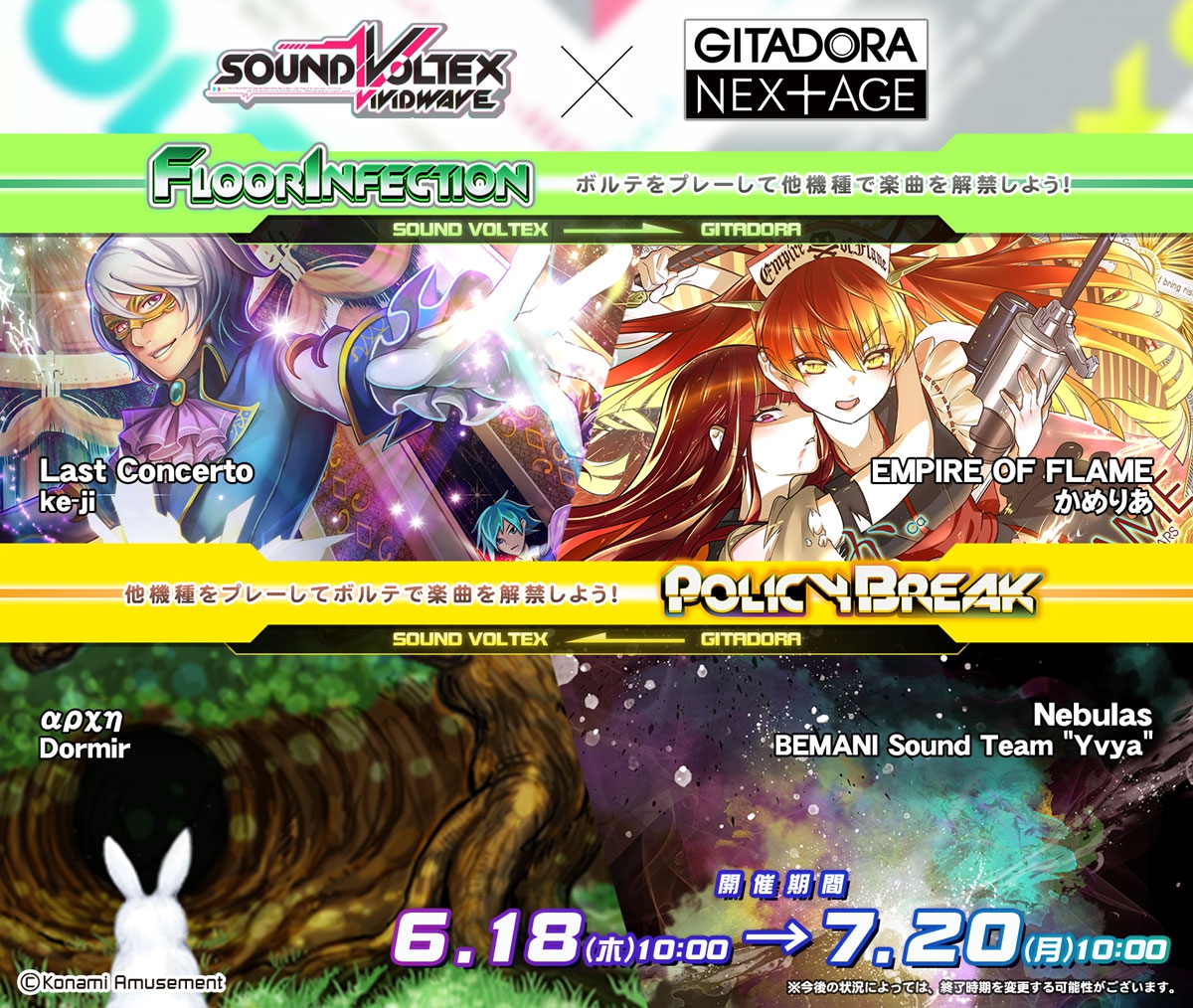 My predictions for which character will take the role of which fairy tale character:

Knights of the Round Table = Voltenizer Maxima as King Arthur, Tsumabuki brothers as Lancelot and Percival
Jack and the Beanstalk = Yuusha Natsuno Fairleter (appears in continew) as Jack, Maxima as the giant
Sekishi Soul (appears in VISION) as Robin Hood or Peter Pan
Beauty and the Beast = Grace as Belle, Riot Destrudo as Beast
Kougei Ciel Nana (appears in Nanairo) as Cinderella
Goldilocks and the Three Bears = Ribbon (appears in Caramel Ribbon) or Sakurako Sobani (appears in Sakura Reflection) as Goldilocks
Gorilla as Sun Wukong
Ortrinde=NBLG=Valkyria (appears in Preserved Valkyria) as Little Mermaid
Gin Endou (appears in Deadly Force) as Tom Sawyer
Nishinippori-san as Aladdin (and Maxima as a genie) or Sinbad
Kaoru and Ashita (appears in Crack Traxxxx) as Hansel and Gretel
Rasis as Alice in Wonderland
Neko danshaku Gangara kyou (the bicycle-riding cat who appears in Smoked Turkey Rag) as Puss in Boots


Is SDVX back from hiatus now? It seems like it. Given that they're adding the Cloud songs in the arcade version this week. 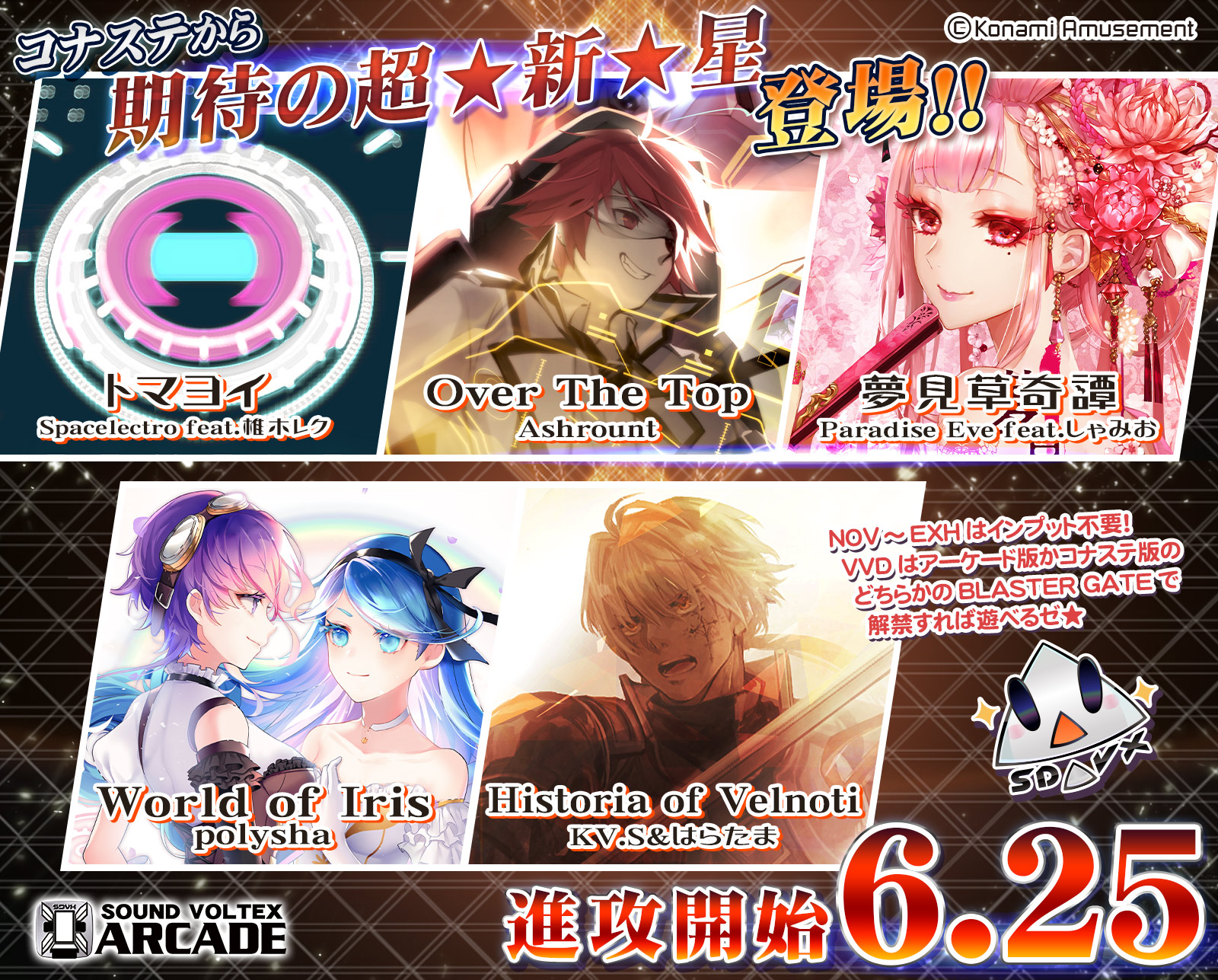 Last updated: 2020-07-05 11:09pm
I've been curious, how do the SDVX team decide what songs end up in Floor Infection/Policy Break, what songs get a VVD chart, etc.? Do they pick songs at random? Is there some secret voting system? Or do they take some other factor into account like difficulty or popularity or demand?

Wait, I just realized something. Of all level 20 charts, Shockwave Syndrome is the only one that wasn't added in a Skill Analyzer course. 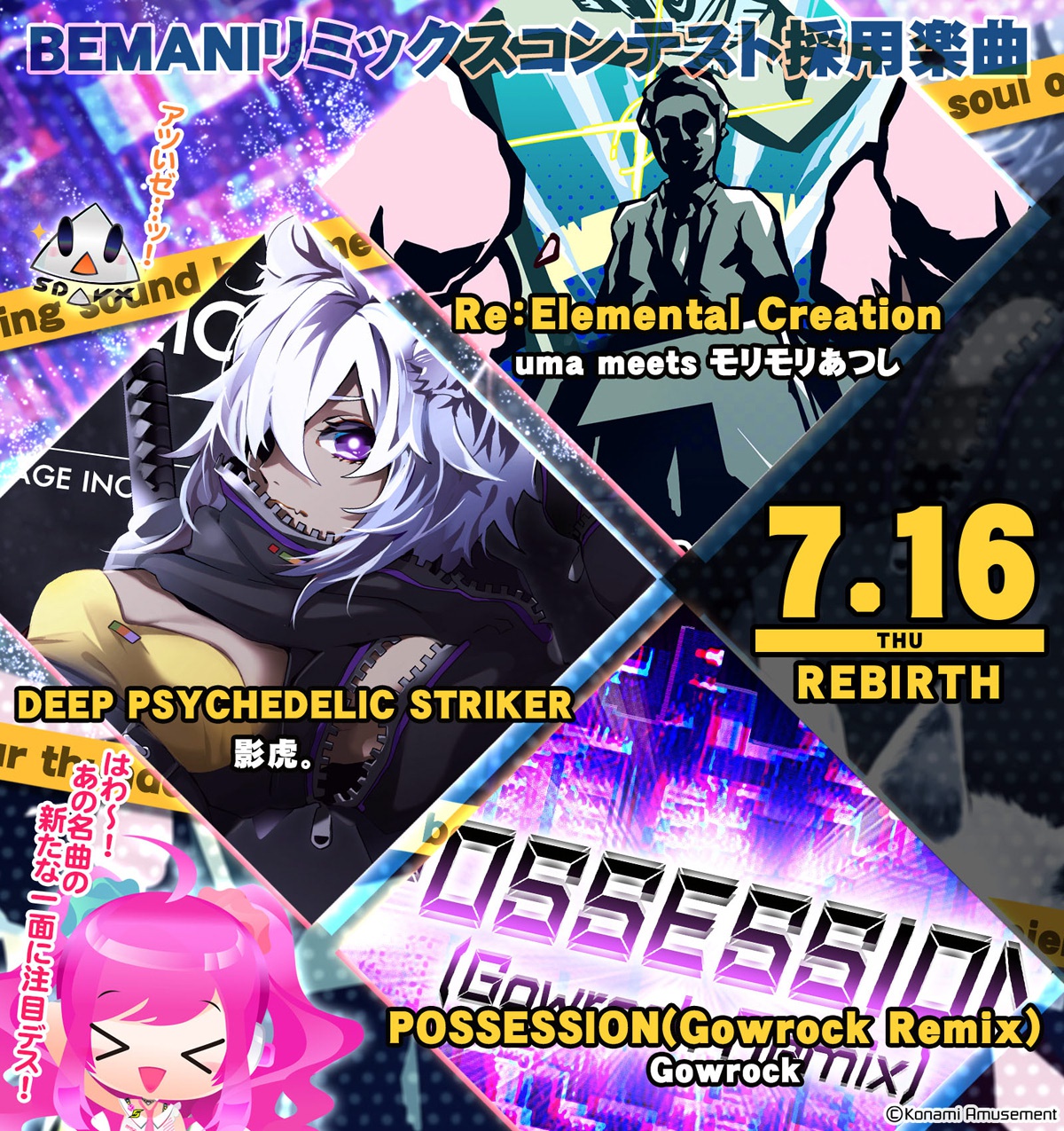 What's the difference between Sound timing and Draw timing?

Last updated: 2020-08-29 04:59am
We have now entered the week to anticipate another level 20. I wonder what it's gonna be and what fairy tale it'll represent. Will RoughSketch be the artist or someone else like Xronier?

EDIT: Guess the 20 will come next week.

Wait...they were themed under fairy tales before. Now it's circus? This is the first time in SDVX history something like this happened, with the theme for all the KAC songs suddenly changing. Honestly disappointed because there's a lot of fairy tales out there the characters can represent. Like Alice in Wonderland. And the SDVX team just ditched that. 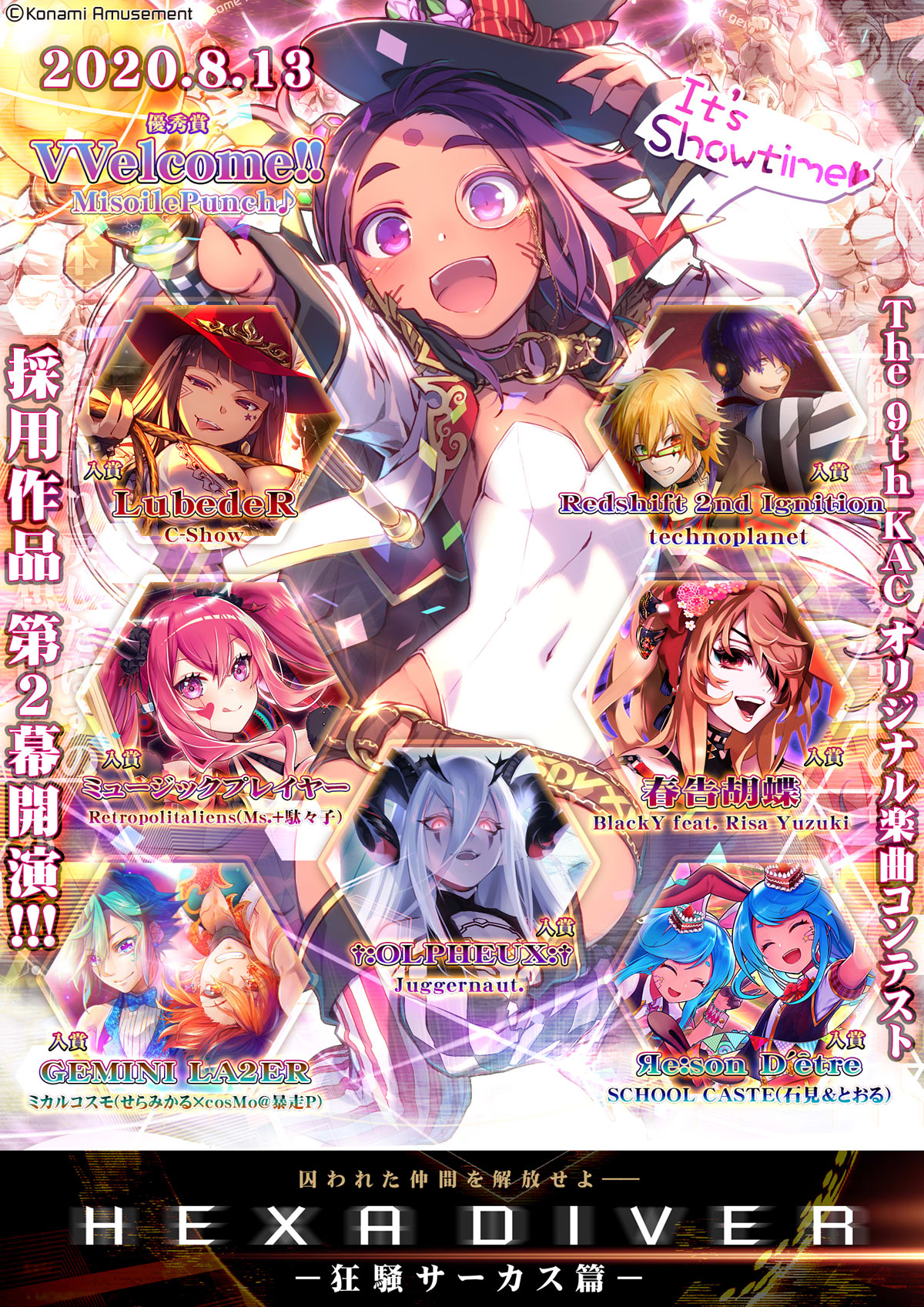 Do you think they'll ever be a Floor contest for North American artists? 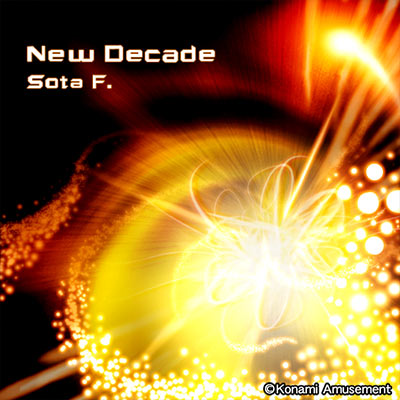 This week just got a little more interesting.

Am I the only one who actually anticipated this?